CSE Team along with the CSE Lab team visited Bijnor city in February 2019 in order to carry out a characterisation study of faecal sludge in the city. 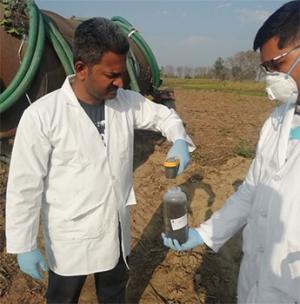 For this, a consultation meeting was held in Bijnor Nagar Palika Parishad regarding the probable locations for collecting samples. The meeting was attended by the Hon. Chairperson, Executive Officer, Sanitary Inspector & other officials, ward councillors and CSE Team. During the discussion, 11 probable locations were identified so as to include varied land use of the property, typology of containment and across the geographical spread of the city. Later on, the owner of these properties were either contacted telephonically or visited in person to inform them about the proposed testing and have their consent for the same. 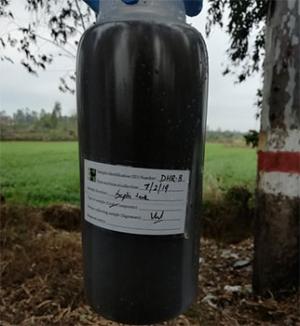 The Team collected the samples and took them to the Laboratory at Anil Agarwal Environmental Training Institute located at Neemli, Rajasthan. There, the samples were tested and the respective report was submitted to Bijnor Nagar PalikaParishad for further planning of FSSM interventions in the city.