Our homes and housing need to be thermally comfortable to be able to withstand the heat wave – but are they?

Is India’s buildings sector anywhere close to achieving the objectives of the India Cooling Action Plan 2019?

North-western and central India has been reeling under scorching temperatures since March this year. While India recorded its warmest March in the last 122 years, by April, the hilly regions of the country were also engulfed by a severe heat wave. In Himachal Pradesh,there were 21 days of heat waves in March-April 2022, with temperatures rising upto an unprecedented 42.5oC in Una; in Drass (Ladakh, one of the coldest places in the country)the mercury had gone up to 22.6oC.

While exposure to heat waves outdoors can have serious health impacts and can even be fatal -- the National Centre for Disease Control reports 3,775 deaths in 2015-19 due to heat-related illnesses – the effects are also felt indoors. Extreme heat can lead to thermal discomfort inside buildings which can have adverse health outcomes related to sleep disorders, irregular blood pressure, respiratory and cardiovascular diseases, mental health disorders, and pregnancy-related complications, among others – says the World Health Organization’s Housing and Health Guidelines.

The impact of heatwaves is more pronounced in cities due to the Urban Heat Island effect. It is a phenomenon where densely populated and built urban areas witness higher temperatures than their surrounding rural areas. For instance, according to an assessment, Kolkata can witness increased local urban temperatures anywhere between 1 to 3oC more during the day and potentially up to 12oC more at night, in comparison to surrounding rural areas.[i]

The Urban Heat Island effect must not be mistaken as a tropical climate issue -- it is a very ‘urban issue’ that is linked with the way we plan and design our cities. Even a cold weather city like London has witnessed up to 10oC higher temperature in summer nights than its surrounding green belt.[ii]

The reason is rampant construction, concretisation and shrinking of green spaces and waterbodies in cities – this is leading to a trapping of heat. Kolkata, for instance, has a mere 0.63 sqm per capita of green spaces,when it should have no less than 12 sqm per capita (according to the WHO’s guidelines).

Other than the public health risk, heatwaves are bound to upset the energy budget as they cause a surge in electricity demand due to increased use of air conditioners. It is of utmost importance to prevent energy lock-in in our new buildings and also retrofit older buildings to withstand the warming environment and reduce energy consumption.

Says Rajneesh Sareen, Programme Director, Sustainable Buildings and Habitat Programme, CSE: “Such enormous energy guzzling is going to make India miss its target of reducing cooling demand by 25-30 per cent and reducing cooling energy requirements by 20-40 per cent by 2037-38,as demarcated under the India Cooling Action Plan (see below). India needs energy fasting. It needs interventions that reduce energy need in buildings. This can be done through innovations and modifications in design and operations of buildings and the built environment, even as user behaviourwould play a major role.”

What is going wrong in our building sector?

Affordable housing projects fail to comply with the latest energy code: India Cooling Action Plan 2019 merits compliance to Eco NiwasSamhita (ENS) as part of the national thermal comfort strategy. ENS was released in 2018 for energy conservation in residential buildings. A CSE assessment of several affordable housing plans and projects in different climate zones shows that none of them meet the heat gain requirements (defined by residential envelope transmittance value – RETV) as per the ENS.

Rampant use of climate-inappropriate building materials, due to lack of studies on the subject: Non-compliance to energy codes is taking place due to uninformed choice of materials. CSE conducted a study on material penetration in multiple cities using the state real estate regulation authority (RERA) database. The investigation revealed that more than one-third of the projects sampled are using monolithic wall panels made of concrete – this material gets heated up more than twice as fast as a conventional burnt clay brick wall.

The Building Material and Technology Promotion Council, under the Ministry of Housing and Urban Affairs, is documenting new materials based on technical evaluations. But there has been no study yet on the climate-appropriateness of these materials. As a result, an uninformed construction industry is using thermally inefficient materials due to their economic benefits linked to fast-paced construction.

A Computational Fluid Dynamics-based simulation conducted by CSE revealed that as high as 60 per cent of building layouts get adverse ventilation because there are no regulations. As most of the affordable housing stock involves mass housing, it is important to set ventilation guidelines with the perspective of thermal comfort.

Housing is a state subject, and state governments are largely working with a frozen template for affordable housing. They are missing out on the substantial thermal comfort gains possible by appropriate orientation, building design, layout and choice of walling material. According to a CSE assessment titled Guidelines for Affordable Housing in Telangana, the overheated hours or the period for which the dwelling units will not be thermally comfortable due to uninformed design and material choice can range from 10 to 25 per cent of a year.

States need to take stock of the thermal performance of the ongoing housing projects and develop design and material guidelines to inform future housing stock. These guidelines then need to be integrated with the building by-laws for a wider coverage.

New era of energy codes are neglecting thermally inclined traditional walling assemblies: As much as 70 per cent of dwelling units sanctioned under the Pradhan MantriAwasYojana Urban fall in the self-construction category. These self-constructed houses have traditionally used walls with high thermal mass which has kept the indoors of the houses cool.

But today, housing schemes that link fiscal support to pucca structures and energy codes such as ENS are forcing a transition to modern walling technologies. These new technologies revolve around the insulation properties of materials and overlook the thermal massing characteristic of traditional walling assemblies that has helped self-constructed houses to withstand the native climate.

This traditional knowledge on climate-appropriate walling assemblies needs to be documented and promoted.

Performance-linked incentives miss the bus due to no clear thermal comfort standard: The recent Affordable Rental Housing Complex scheme has provisions for funding sustainable and resource-efficient design under the technology innovation grant. But the absence of thermal comfort standards is bending the grants towards properties like structural stability.

Need prioritisation of thermal comfort in affordable housing: Rising heat in the cities is pushing the poor to invest in mechanical cooling systems like desert coolers or even air conditioners, which is leaving a hole in their pockets due to elevated energy bills. Those who are not able to access these systems, face the brunt of the heat and are exposed to heat stress and heat-related illnesses. A study by IIT Delhi reveals that south-east and central Delhi have nine heat islands each. These areas also have substantial low-income settlements. Locations and conditions like these make it very important to prioritise and integrate cooling action with affordable housing.

Currently, India is constructing nearly 11 million houses in urban areas and 20 million houses in rural areas under the Pradhan MantriAwasYojana. CSE’s research and engagement with the states has shown that thermal comfort is not an integral part of affordable housing schemes (where it is most required). Many existing affordable housing projects are not performing as per the current thermal comfort guidelines and energy codes. This needs to change.

Other than these, there a several measures that can be adopted to improve thermal comfort in a new building or even an old building. At the city level, integrating cooling action with planning instruments involving urban forestry, water-sensitive urban design and planning, cool roofs, reflective materials, shading and combined cooling strategiesetc are some of the measures that can increase adaptation and mitigation of urban heat. Additionally, what would be crucial is increasing public awareness about these measures and mainstreaming passive design and materials that improve thermal comfort in the construction industry and government projects.

What is the India Cooling Action Plan?

The India Cooling Action Plan (ICAP) was released in 2019 by the Ministry of Environment, Forest and Climate Change. On the grounds that by 2038 a significant percentage of households in India would be living in thermally uncomfortable buildings due to bad design -- and with space cooling demand shooting up consistently – the ICAP set a target of reducing national cooling demand by 25-30 per cent and reducing cooling energy requirements by 20-40 per cent by 2037-38.

ICAP brings multi-sectoral strategies to provide thermal comfort for all, such as promotion of low-energy cooling technologies, implementation of building energy conservation codes, increasing efficiency of cooling appliances, and integrating thermal comfort in affordable housing, among others.

However, much more needs to be done in order to translate this guidance into ground action. No state has adopted the Eco NiwasSamhita 2018 (ENS –applicable to residential building projects with a site area above 500 sqm) yet. Telangana, Andhra Pradesh and Kerala are the few states that are preparing to adopt this code.

Moreover, thermal comfort has not been prioritised in affordable housing. 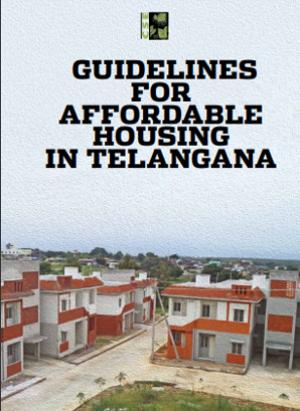 Guidelines for Affordable Housing in Telangana 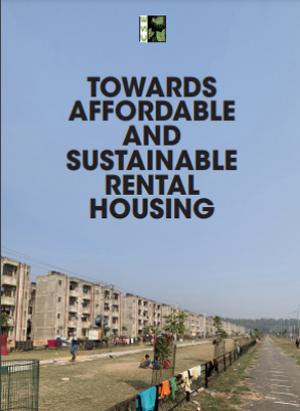 Towards Affordable and Sustainable Rental Housing 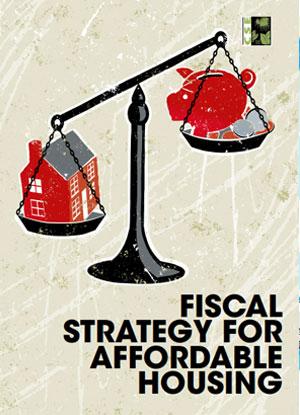 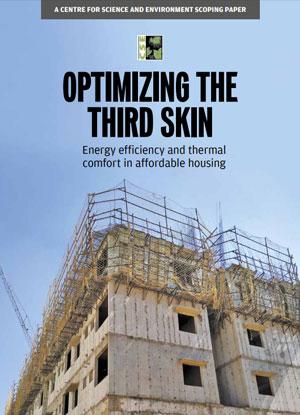 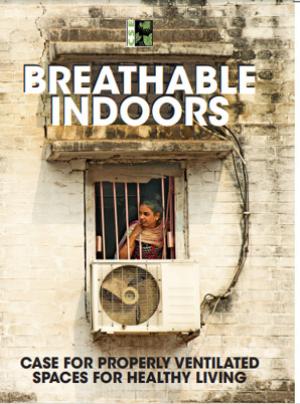