The Centre for Science and Environment (CSE) has done an independent assessment of the fuel adulteration problem in the National Capital Territory of Delhi (NCT) and the National Capital Region (NCR) following a direction from the Environment Pollution (Prevention and Control) Authority (EPCA) under the Supreme Court order dated November 22, 2001. EPCA was directed by the Supreme Court to constitute an agency, which would independently carry out random inspection at petrol pumps, oil depots, and tank lorries in Delhi and give a report with regard to the quality of petrol and diesel available there. CSE started working on this project on December 20, 2001 and submitted the first draft to the EPCA on February 2, 2002. On February 4, 2002, the oil industry was asked to give its comment on the findings, which were appended to this report at the time of submission to the court on February 5, 2002. 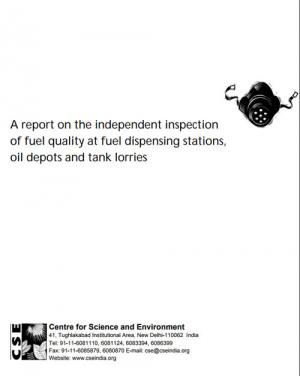