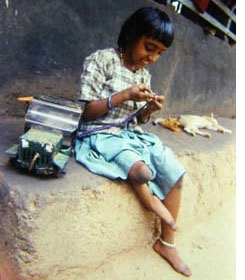 The Supreme Court appointed joint committee, headed by ICMR director general VM Katoch and Agriculture Commissioner Gurbachan Singh met for the first time on June 23. This was after five weeks of its appointment. The heads of the committee revealed that they will meet again on July 6-7.

In the meanwhile the joint committee has asked the Calicut Medical College, that had done the study earlier, for some more inputs on the epidemiological study.  The study was conducted by the department of community medicines of Government Medical College Calicut. The study carried out in two panchayats, Muliyar panchayat worst affected by the endosulfan spraying and Kodombelur panchayat was a control site, least affected by the aerial spray of endosulfan. The study showed that abnormalities and diseases were higher among the people in the endosulfan sprayed areas of Kasaragod district.

In the next meeting the joint committee is expected to consolidate their report. The agriculture commissioner after the meeting said that they would also include the inputs received by the states on the use and efficacy of endosulfan. At the meeting held on June 3, 20 out of 21 states present at the meeting had said that they had no problems with endosulfan- this included states like Karnataka (which had banned the pesticide in the state) and Madhya Pradesh (that had written to the centre in support of Kerala's former chief minister's demand for a nationwide ban on endosulfan).