While Delhi ramps up action to control deadly smog and also shows results, air pollution spirals out of control in other cities to become a national crisis

No BS-III vehicles to be sold in India after April 1, says the Court

In response to EPCA report on highly polluting industrial fuels of furnace oil and petroleum coke in the entire NCR, the Supreme Court has directed the Union Government to examine and ban these fuels in the NCR region.

‘Hawa Badlo’ allows people in NCR to report on incidences of air pollution such as garbage burning and sends these to officials who will then take action. This is in compliance with directions of the Hon’ble Supreme Court on air pollution control

The order further states that the application from the Amicus Curiae on enhanced ECC for all diesel cars will be taken up and decided subsequently. CSE urges that this be expedited quickly

Takes on motivated and half-baked science

Let’s share cars; take a bus or metro; cycle or walk Early this month, I was in the Delhi High Court, where a battery of lawyers had filed separate petitions against the odd-even scheme of the Delhi government. This is a scheme to ration car usage so that in the critically polluted winter months only half the vehicles are on the road. Their arguments were that the scheme had led to enormous inconvenience and worse, daily pollution data showed no impact on air quality. Cars, they said, were not responsible for pollution.

June 30, 2015 WASHINGTON — The Supreme Court on Monday blocked one of the Obama administration’s most ambitious environmental initiatives, an Environmental Protection Agency regulation meant to limit emissions of mercury and other toxic pollutants from coal-fired power plants. 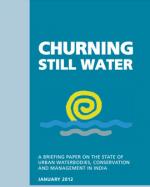 New Delhi, September 25, 2014: In its final verdict on the coal block allocation case delivered on September 24, 2014, the Supreme Court has cancelled 214 coal blocks that were allotted since 1993.