The city must think differently – ask its rich water-using population to pay, recharge its groundwater systems, and build on the strength of its tanks and lakes 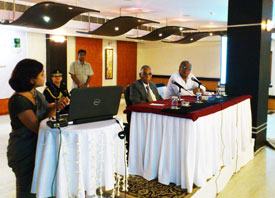 Kolkata, September 1, 2012: Kolkata needs to do its utmost to protect the East Kolkata Wetlands. Without these amazing wetlands, the city will drown in its own sewage – says a report from the New Delhi-based research and advocacy body, Centre for Science and Environment (CSE). Titled Excreta Matters -- the 7th State of India’s Environment Report – the study was released here today by the West Bengal governor, M K Narayanan and the Union minister of state for urban development, Saugata Roy.

Excreta Matters, which analyses water and sewage management in 71 Indian cities including Kolkata, says the East Kolkata Wetlands need to be protected from ‘development’ since they are Kolkata’s crucial waste disposal systems. The wetlands save the city an estimated Rs 400 crore a year in water treatment costs, handling 810 million litres a day (MLD) of wastewater.

They support nearly 40,000 people, helping them produce over 8,000 tonnes of fish annually and 150 tonnes of fresh vegetables every day. They are also important for Kolkata’s drainage through an intricate system of canals.

Says Sunita Narain, director general, CSE: “Kolkata’s current sewage system is inadequate to deal with the wastewater production as well as the rainfall that the city receives. The system has been designed for a rainfall of 6 mm/hour, but it has been found that 60 per cent of the trunk sewers in the city’s core area are silted up. Most of these are more than 150 years old. The pumping system is in a similarly decrepit state as spares for older pumps are not available.”

There are just three sewage treatment plants (STPs) with a combined capacity of 125 MLD. What remains to be treated is really gargantuan – it has been estimated variously at 1,100 MLD (municipal corporation) and 734 MLD (Central Pollution Control Board).

To handle this sewage and reduce water-logging during monsoons, the Asian Development Bank and the Government of India have signed an agreement. As part of this, the city has prepared a sewage master plan for 2035 with a budget of Rs 9,152.3 crore. This covers a wide range of measures such as release of excess storm run-off load into surrounding water bodies, increase in pumping capacity of the main pumping stations, replacement of sewers etc.

Says Nitya Jacob, programme director-water, CSE: “The city sewage master plan recognises current limitations as it has used modeling to pinpoint problems and suggest solutions. However, it takes the tried and trusted approach of more pumps and pipes. We would have liked to see much more about wetland conservation in the plan as well as decentralised sewage treatment. This would ensure the wetlands are protected for the future and sewage is treated and used locally.”

Struck by scarcity and contamination

The city gets around 1,100 MLD of water from the Hooghly and groundwater, says the CSE report. The peripheral areas are dependent on groundwater since the water supply system covers about 85 per cent of the city -- but 35 per cent of this water is lost. A large chunk of the Kolkata Metropolitan Area is served by tubewells. An estimated 1,070 deep tubewells (as per official estimates) provide 603 MLD of water. Unofficial estimates place the number of tubewells at over 6,000.

However, groundwater is seriously contaminated with arsenic and has a high concentration of iron. Iron deposition reduces the carrying capacity of the pipelines. Since 1985, studies have indicated a steady fall in groundwater levels.

On top of this, points out Jacob, excessive groundwater withdrawals have drawn in polluted water and saline (sea) water in central and south-central Kolkata. Additionally, groundwater is getting polluted by industrial effluents and domestic sewage as the channels to convey sewage have silted up over time. 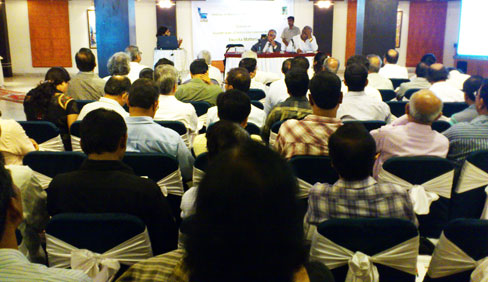 The key, says Jacob, is to understand the geography of the city, which is located almost at sea level. The city’s challenge is, firstly, to ensure drainage of its water and to

take measures so that stormwater does not get mixed with sewage. For this, it has to protect its wetlands and lakes as these are both the sponges of the city as well as its kidneys.

Secondly, in all this, instead of building capital-intensive STPs, which will require money for electricity to pump the sewage and to treat the waste, the city will do well to improve the effectiveness of its biological treatment zone through new innovations to provide oxidation of water and more flow.

Thirdly, the city should segregate its waste – sort out the domestic from the industrial and chemical discharges. This is because the wetlands can treat the biological contamination effectively, but will fail to get rid of its chemical and heavy metal wastes.

Fourthly, and most crucially, the city will have to improve its distribution of water and the systems to take back the waste. Kolkata wants to do this thoughtlessly. It believes it has funds from the ADB and this will buy it its water future. But nothing can be further from reality. The fact is that Kolkata has low (perhaps the lowest in all metros) cost of water delivery. It also has poor people who cannot afford much more. It needs to ensure that the systems of the future build on this strength.

Says Narain: “Today, Kolkata is not delivering to all. Even where it delivers, people dig deep into the ground and abstract more and more. The city must reform this. It must ask the rich and water-using population to pay, it must insist on recharge of its groundwater systems – it has enough rain – and it must build on the strength of its local tanks and lakes, which allowed it to recharge every monsoon. All in all, the city has the opportunity to showcase a different water-waste future. But this will require it to think differently and to dream differently.”

For the chapter on Kolkata in ‘Excreta Matters’ and other related material, please visit our website, www.cseindia.org

Release of Excreta Matters in Kolkata