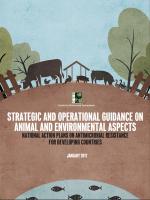 Strategic and Operational Guidance on Animal and Environmental Aspects

Intolerance in Paris: an opinion by Sunita Narain

The Indian government must not use “equity” to block climate change negotiations. It must be proactive on equity and put forward a position on how to operationalise the sharing of the carbon budget—accounting for countries’ contribution to past emissions and allocating future space—in climate talks. I wrote this last year when the UPA government was in power. I am repeating this as the NDA government prepares for the next conference of parties (CoP) to be held in December in Peru.

One item on the agenda of the much-discussed Narendra Modi-Barack Obama meeting that has Indian commentators flummoxed is hydrofluorocarbons (HFCs). The joint statement issued after the meeting of the two heads of states says rather ambiguously that the two sides agreed to cooperate on “next steps to tackle the challenge posed by HFCs to global warming.”

Does the Indian government’s loud voice in international negotiations produce results? At the recent WTO meet in Bali, the Indian government went all guns blazing to defend the rights of its farmers and to ensure food security for millions of poor. It opposed the Agreement on Agriculture that limits government food procurement at 10 per cent of the value of total production, based on the prices of late 1980s. It said this clause would impinge on its right to offer farmers a supportive price and to procure food stocks for its food safety programme.

By: Indrajit Bose Date: Dec 3, 2012 None of developing countries concerns reflect in the negotiating text, closure of LCA in Doha looks difficult The second week of the Doha talks opened amid high drama as developing countries unanimously rejected the “draft text” prepared by the chairperson of the ad-hoc working group on long-term cooperative action (AWG-LCA). Such a draft text details the areas of convergence and divergence on all issues that are to be taken up for further deliberations by parties. Read more

The Rio+20 UN conference on sustainable development is over. The conference declaration, titled “The Future We Want”, is a weak and meaningless document. It aims at the lowest common denominator consensus to say it all, but to say nothing consequential about how the world will move ahead to deal with the interlinked crises of economy and ecology. Is this the future we want or the future we dread?

It was June of 1992. The location was Rio de Janeiro. The occasion was the world conference on environment and development. A large number of people had come out on the streets. They were protesting the arrival of George Bush senior, the then president of the US. Just before coming to the conference, Bush had visited a local shopping centre, urging people to buy more so that the increased consumption could rescue his country from financial crisis. Protesters were angered by his statement that “the American lifestyle is not negotiable”.

The final outcome of the Durban Conference on Climate Change

Many years ago, in a desperately poor village in Rajasthan, people decided to plant trees on the land adjoining their pond so that its catchment would be protected. But this land belonged to the revenue department and people were fined for trespass. The issue hit national headlines. The stink made the local administration uncomfortable. They then came up with a brilliant game plan—they allotted the land to a group of equally poor people. In this way the poor ended up fighting the poor. The local government got away with the deliberate murder of a water body.

Equity: the next frontier in climate talks

In 1992, when the world met to discuss an agreement on climate change, equity was a simple concept: sharing the global commons—the atmosphere in this case—equally among all. It did not provoke much anxiety, for there were no real claimants. However, this does not mean the concept was readily accepted. A small group of industrialised countries had burnt fossil fuels for 100 years and built up enormous wealth. This club had to decide what to do to cut emissions, and it claimed all countries were equally responsible for the problem. In 1991, just as the climate convention was being finalised, a report, released by an influential Washington think tank, broke the news that its analysis showed India, China and other developing countries were equally responsible for greenhouse gases. Anil Agarwal and I rebutted this and brought in the issue of equitable access to the global commons. We also showed, beyond doubt, that the industrialised countries were singularly responsible for the increased greenhouse gases.

Durban, December 8: The latest version of the draft text on the Clean Development Mechanism (CDM) is out.

Of stances, tactics and country positions

November 28, 2011, Durban: Key players at the climate negotiations in Durban presented a preview of their tactics which they might adopt over the next 14 days. On the opening day of CoP17, China made it clear that without finance and technology transfer on the table, the talks were doomed. The US on its part wanted the Cancun Agreement, signed last year, to be operationalised. The European Union stuck to its recent demand that a solution to global warming is only possible if emerging economies like China and India take emission reduction targets.