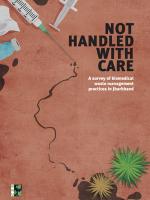 Not Handled With Care

The healthcare sector is known to be a wellness centre and must unwittingly act as a source of further risk exposure to the healthcare staffs, patients and their families as well as the neighbourhood. 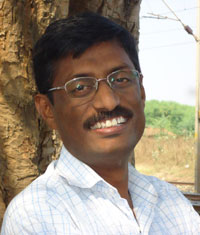 G V Ramanjaneyulu1 Today, our farming and food is full of toxins and synthetic substances in the name of ‘modern agriculture’ and a thrust to increase yields at any cost. The cumulative and synergistic effects of all these products cannot even be estimated by the producers and users. Hundreds of pesticides have been registered in the country over the years even as the government takes years to ban or restrict a handful of chemicals every decade or so. 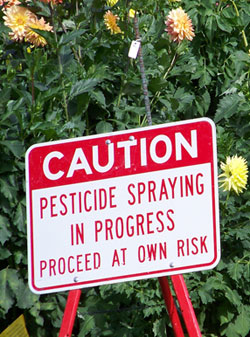 Food Safety and Standards Regulations came into force in August 2011. It was expected to overhaul the food safety scenario in India. After a year, we wanted to see how much it has delivered. Going through the maximum residue limits (MRLs) of pesticides in the ‘Toxins, Contaminants and Residues’ part of the regulations we found that it was very similar to the earlier version in Prevention of Food Adulteration Act. It prompted us to look for the overall scenario of pesticide regulations from a food safety perspective. What we found was far from satisfactory.