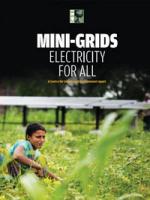 Today, in India, we face both an environment as well as a development crisis.On the one hand we are still struggling with the problems of inequality,poverty and improving the human development indicators.

How smart is a smart city?

Smart is as smart does. The NDA government’s proposal to build 100 “smart” cities will work only if it can reinvent the very idea of urban growth in a country like India. Smart thinking will require the government to not only copy the model cities of the already developed Western world, but also find a new measure of liveability that will work for Indian situation, where the cost of growth is unaffordable for most.

Does the Indian government’s loud voice in international negotiations produce results? At the recent WTO meet in Bali, the Indian government went all guns blazing to defend the rights of its farmers and to ensure food security for millions of poor. It opposed the Agreement on Agriculture that limits government food procurement at 10 per cent of the value of total production, based on the prices of late 1980s. It said this clause would impinge on its right to offer farmers a supportive price and to procure food stocks for its food safety programme.

We were standing in the only street of this small village called Mohda. Located in the forested region of Chhattisgarh, the village had no access to the road and markets. The women of the village surrounded me. They wanted me to know that malaria was a serious problem for them. They wanted something to be done about it. I was taken aback because we were talking about solar energy—the state government had set up a small power station in the village, and we were there to learn more about it. “What’s the connection?” I asked.

If you know that a sector has arrived when it makes for trade wars between countries, then solar energy clearly has. Last year, the US imposed anti-dumping duties on Chinese imports of solar panels; now the EU has proposed the same. The Chinese have in turn threatened that they will take action against European exports of poly-silicon, the material used for manufacturing solar panels. In February this year, the US filed a case against India at the World Trade Organization (WTO) for “favouring sourcing of panels from domestic manufacturers”.

If you know that a sector has arrived when it makes for trade wars between countries, then solar energy clearly has. Last year, the US imposed anti-dumping duties on Chinese imports of solar panels; now the EU has proposed the same. The Chinese have in turn threatened that they will take action against European exports of poly-silicon, the material used for manufacturing solar panels. In February this year, the US filed a case against India at the World Trade Organization (WTO) for “favouring sourcing of panels from domestic manufacturers”.

The power blackout in northern India on two days should not be dismissed or misjudged. Analysts are jumping to conclude that the crisis was foretold. They blame delays caused by environment and forest clearance procedures and demand winding down the regulatory framework so that we can re-energise ourselves. Their other favourite whipping horse is ‘free’ electricity to farmers, which is said to be crippling the state electricity boards. These explanations are naïve and mistaken.

Just consider. Every time petrol prices are raised, oil companies end up losing more money. Simply because the price differential between petrol and diesel increases further, and people gravitate towards diesel vehicles. More the use of diesel, more the oil companies bleed. Worse, we all bleed because diesel vehicles add to toxic pollution in our cities, which, in turn, adds to ill health and treatment costs.

Parking that can't be found

Khan Market in boulevard Delhi is said to be the most expensive real estate in India, maybe even in the world. But in this richest shopping destination, buyers do not want to pay for parking their vehicles. 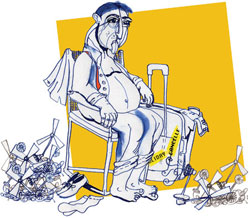 Centre wants to withdraw sops for wind energy sector; offers an incentive to improve performance Wind energy has been the poster child of India’s renewable energy programme. Data released by the government shows the staggering pace at which wind farms have been added across the country.

The solar mission is not showing up By: Ruhi Kandhari Bidding for the first phase of Jawaharlal Nehru National Solar Mission has put a question mark on the ambitious target set to enlarge the country’s energy needs through the solar route. Out of the 30 short-listed bidders, almost 20 have had nothing to do with solar photo voltaic (PV) power. It seems as if the projects they promise may soon turn unviable.