Online Training on "Water Audit and Wastewater Management in Industries"

CSE has been working on rural water and sanitation issues for over two decades, with its focus on the need for sustainable management of water and wastewater. As part of this work, we have spearheaded research projects, documented case studies, produced a wide range of publications, reports and manuals, and undertaken model projects and training programmes. This work has resulted in some of CSE’s most influential and widely appreciated publications, among them Dying Wisdom: The Rise, Fall and Potential of Traditional Water Harvesting Systems, a monumental study that catalysed political leaders, judiciary, the media and other decision-makers into start thinking about rainwater harvesting, and Making Water Everybody’s Business, a treatise on the theory and practice of rainwater harvesting targeted at planners and policy-makers. In 1998, 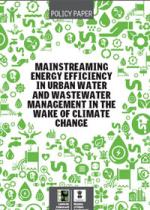 The high energy footprint of conventional municipal water management practices and contemporary disharmony between the water and energy sectors has resulted in missed joint opportunities for resource conservation.

The fast growing economy, rapid industrialisation and growing urban population in India along with increasing wastewater generation are reasons for concern and reiterate the need for appropriate water management practices. Centre for Science and Environment recognises this need and has developed a five-day hands on training programme aimed at giving practical exposure to participants on wastewater treatment for industrial and urban wastewater management including reuse and recycle.

Regional workshop on 'Energy and resource efficiency in Urban Water Management' on February 28, 2013 at Guwahati, Assam

CSE is organising a regional workshop on ‘Energy and Resource Efficiency in Urban Water Management’ on February 28, 2013 at the NEDFi Conference Hall, Guwahati, Assam. The workshop is supported by Department of Urban Development and Guwahati Development Department (Government of Assam) – as the local partner state. 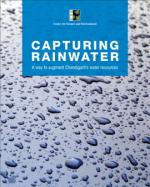 A way to augment Chandigarh’s water resources CSE has submitted a report on city wide rainwater harvesting for Chandigarh as a part of its work as Centre Of Excellence under the Ministry of Urban Development. Chandigarh does not have any surface water source and there is a steep decline in the groundwater levels in the city. The city has very few options for sourcing water, recharging the confined aquifers from where water is being tapped becomes a necessity. Every summer, newspaper reports quote residents residing on the second and third floors in the southern sectors of the city complaining about the shortage of drinking water.

CSE Knowledge sharing seminar in Dhaka on Water and Waste

The Centre for Science and Environment (CSE) is organising a knowledge sharing seminar in partnership with the Bangladesh Institute of Planners (BIP) on Wednesday, September 4th, 2013 from 10:30am until 5:00pm (including lunch). The meeting will be held at Planners' Tower (Level-7), 13/A, Bir Uttam C.R. Datta (Sonargaon) Road.

He was speaking at Centre for Science and Environment’s Second Anil Agarwal Dialogue on water and wastewater management in cities, titled ‘Excreta Does Matter’ Read more...