CSE has submitted a report on city wide rainwater harvesting for Chandigarh as a part of its work as Centre Of Excellence under the Ministry of Urban Development. Chandigarh does not have any surface water source and there is a steep decline in the groundwater levels in the city. The city has very few options for sourcing water, recharging the confined aquifers from where water is being tapped becomes a necessity. Every summer, newspaper reports quote residents residing on the second and third floors in the southern sectors of the city complaining about the shortage of drinking water.

Residents have also held a series of protests in several parts of the city. The water shortage is likely to get worse in the coming years as the population is already more than double the planned capacity for the city.

CSE proposes way to augment the water sources of the city through harvesting the rainwater endowment of the city. 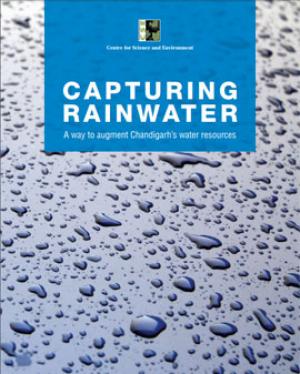