While moving towards renewable energy sources, India needs to ensure efficientcoal-based generation with high end technologies. Since coal will continue todominate, cleaning the sector is the only way out.

Power is crucial for the development of a country. Being a developing one, access topower is a big challenge which India has for its people, agriculture and industry. Here,the trilemma comes; the need of low cost power, adequate supply and environmentconservation. And the zeroed-in option for India is coal as a source of electricity which isa taboo. Above 60 per cent of the power generation capacity is from coal-based plants,which estimates to around 167GW as of now (CEA, June, 2015). And the taboo brings inpollution with it - emission of particulate matters (PM), sulphur dioxides (SO2) and oxidesof nitrogen (NOx), neurotoxins like mercury and carbon dioxide, the most discussed one.

The contribution of hydro-power and other renewable sources in India is lower, 15 percent and 13 per cent of the capacity respectively (CEA, June, 2015). No doubt, coalbasedpower will continue to dominate for quite some time, but what is inevitable isthe disaster if we don’t choose sustainable ways moving ahead. And the sustainableway needs a multi-point approach to be implemented - technological, economic andadministrative coupled with political will to make the fleet efficient and protect theenvironment and public health. This can certainly be done, but requires determinationand a right approach to do. Business as usual is not the way out. The major coal-basedpower producing countries like China and USA have faced these issues and dealt withthem. We need to learn and make an epochal shift in the idea and approach. 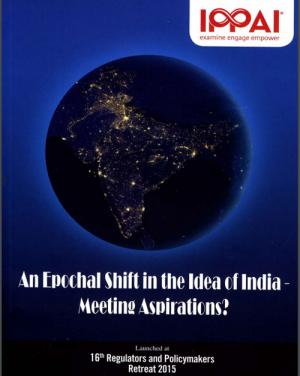