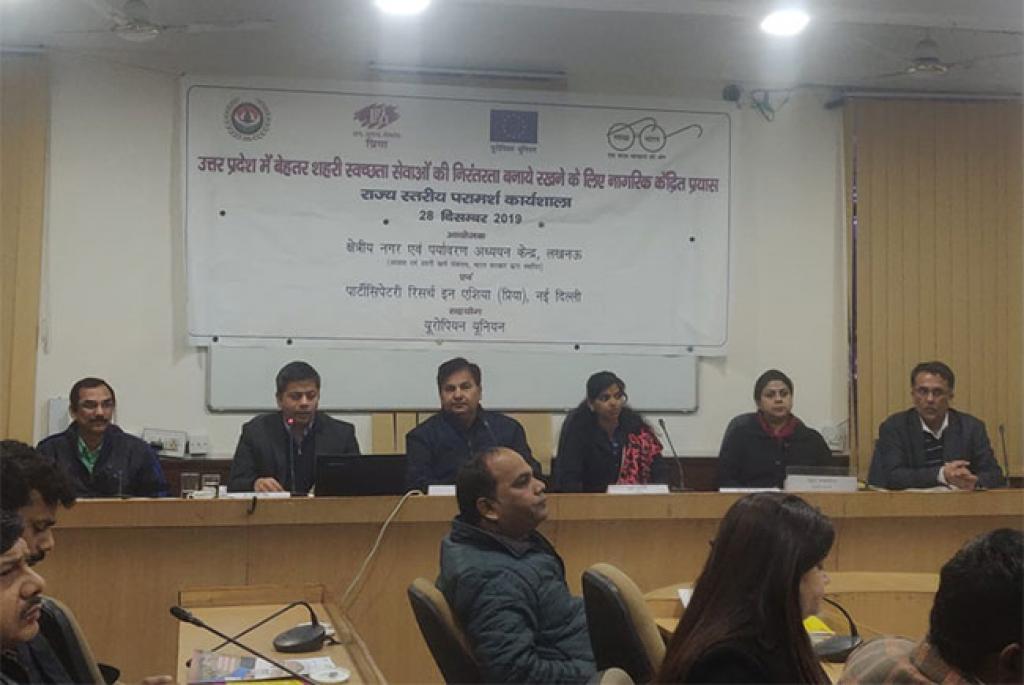 The PSU team was invited to sit in a panel discussion at State Consultation Meeting 'Putting Citizens at the Centre: Sustaining Improved Urban Sanitation Services in Uttar Pradesh", Lucknow, UP on 28 December 2019.During the discussion, PSU team gave a brief presentation of CSE's Programme activities in the State and Cities. PSU team has emphasized the importance of City Sanitation Task Force in planning and implementation of sanitation related interventions. They also sensitized the officials on CSE's 'Forum of Cities that manage Septage' developed for knowledge sharing and 'Knowledge Resource Centre' at Local Bodies Directorate Office in Lucknow.

The meeting was organized jointly by PRIA and RCUES. It was attended by around 30 officials including Mayor Lucknow, Municipal functionaries from Jhansi, Shamli, Moradabad etc. and NGOs working in the State like Vigyan Foundation as well as development partners in the state.