Report asks -- is India’s 175-gigawatt renewable energy target achievable? Will it provoke greater transitions in the power sector as a whole?

Not if the sector continues to be plagued by policy inconsistency, unresolved discom problems and clinging to status quo, says the analysis

Pune, January 28, 2019: India issurging ahead in the area of renewable energy. Renewable capacity has reached 73 gigawatt (GW), which is 20 per cent of the country’stotal energy capacity. Generation has increased, and solar energy has made tremendous strides. But does this mean the country is well on its way to meet its ambitious 175-GW renewable capacity target by 2022? 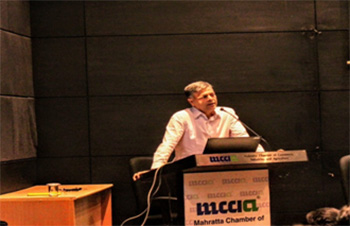 Not if the policy gaps are not filled soon, says a new analysis released here today by Centre for Science and Environment (CSE), the New Delhi-based think tank. The State of Renewable Energy in India 2019 report follows another similar analysis done by CSE in 2014, and according to CSE deputy director general Chandra Bhushan, “takes a close look at where we stand now, what are the strengths of and the challenges facing the sector, and whether the sector can overcome these obstacles and emerge as a viable alternative to conventional energy sources”.

The new report was released in Pune at a meeting jointly organised by the Pune International Centre, Prayas Energy Group and CSE. The highlight of the event was a discussion panel on renewable energy, access and distributed generation.

Opening the meeting, Bhushan said: “We believe that India needs a renewable energy policy that both de-carbonise the economy and provide access to large numbers of people who are energy-deprived.But a mere number target will not suffice. We need a clear vision going forward.” 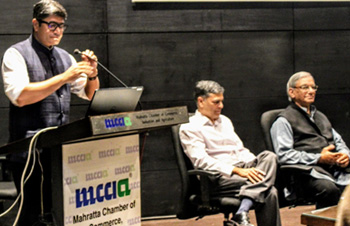 What state is the sector in?
Some favourable policies, combined with good market conditions, has seen the renewable energy sector emerge as a sunshine industry. Solar, in fact, has made considerable progress. Over the last four years, large-scale solar has seen an average annual growth rate of over 70 per cent. The installed solar capacity has increased from 2.6 GW in March 2014 to 23.1 GW in June 2018 – large-scale solar comprises over 94 per cent of this. At under Rs 3 per unit on an average, wind and solar energy is now cheaper than coal power.

However, 2018 witnessed a slowdown triggered by financial difficulties being faced by distribution companies, import tariffs, and subsequent tariff increases. The CSE report lays bare some of the key concerns the sector faces today:

What is the path that must be taken?
The emerging theme of the evening was the disruption that increased renewable energy is to the existing electricity markets and systems. The centralised, large-scale model alone will not suffice and the need for engaging with distributed systems, rooftop solar and working on evolving from the age-old discom model is the need of the hour.

“The fundamental premises that applied to the sector are no longer applicable and it is disrupting the discoms,” said Shantanu Dixit, group coordinator, Prayas. “The old business model that depended on cross subsidising industrial and commercial consumers will no longer work and the discoms will have to reinvent themselves.”

“Distributed generation will fundamentally destabilise the system and therein lies the opportunity.” agreed Bhati. “It will force difficult decisions to be made. There will be a need for subsidies to a certain segment but this opens the opportunity to make them targeted to the customer segment that truly deserves it.”

Vijay Kelkar, vice president, PIC struck a more reformatory tone: “We must get to the root of the discoms’ logic. Institutional incentives are distorted and that causes the problem.”

Bhushan said: “We stand at the cusp of a momentous shift in the energy sector. For the first time, decarbonised electricity appears feasible in the foreseeable future; it is not an abstract vision. The question is, whether India will reach peak coal and 100 per cent renewable quickly and efficiently, or whether it will be a delayed process, merely egged on by global momentum.”

The CSE report puts forth a few key recommendations:

(For details, please get a copy of the report  click here

“Solar is a paradigm changer, heralding the end of cheap oil,” agreed Amitav Mallik, founder member, PIC. “A few years ago, we went to the discoms to push for solar rooftop net metering, asking them to read the writing on the wall. They said they will deal with it when the time comes. That time has now arrived.”

For more on CSE and its work, please connect with Souparno Banerjee of The CSE Media Resource Centre, souparno@cseindia.org / 9910864339.