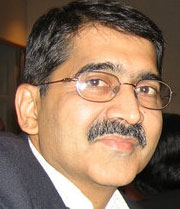 Economists and politicians have always taxed harmful products such as cigarettes, tobacco and alcohol. Since these products are harmful they are taxed. The purpose of such a tax is to reduce consumption and generate revenue for the government. Similarly, petrol and other fuels are also taxed in some countries as they pollute the environment. While these taxes may not provide substantial income for the government, the very fact that these are taxed is a marker of the government’s intent to bring down the consumption of harmful products.

In the past 15-20 years there has been increasing evidence that substantial harm is caused due to high consumption of foods rich in sugar, salt and fat. Such food leads to obesity, overweight issues and subsequently, chronic diseases such as diabetes, hypertension and heart diseases. These are major causes of morbidity and mortality. There is also an increased risk of some types of cancers related to over consumption of fatty foods.

Most Indian sweets have sugar in excess; the same goes for salt and oil in namkeen. Newer “fast foods” such as pizza, burger and potato chips, aggressively promoted by multinational and local companies, as well as packaged foods like biscuits, chocolates and ice cream are full of either fat, sugar or salt. Most carbonated beverages have more than 10 per cent sugar in them. Over consumption of such food in the West has led to obesity, heart diseases and diabetes, of which the US is a case in point.

India, it seems, is rapidly catching up with the US in this respect. Higher income and changing food habits of rich Indians and the Indian middle class are indicative of this trend. Dal-roti has become a thing of the past; pizzas, burgers, sweets and namkeens have replaced it, to an extent that teenagers consume such food two to three times a week. Changed food habit coupled with little physical activity has increased the rate of diseases such as obesity, hypertension, diabetes and other heart diseases.

One way to reduce consumption of food rich in fat, sugar and salt is to impose tax on such foods. The money generated out of it could be used to treat the chronic diseases mentioned earlier. A tax would convey two firm messages to the public as well as the industry.

One, food products that increase risk of diseases must follow the polluter’s pay principle, a common term used in reference to indicate who pays for environmental damage. In the case of food then, it is the industry that must be made to pay. Let’s consider a health tax, 10 per cent on MRP for instance, should be levied on packaged or loose ready-to-eat foods, which includes junk food, traditional sweets and namkeens. This tax can either go to a general tax pool or earmarked to provide health care. I feel the second option is better, but economics does not like earmarked taxes. Some amount from the taxes obtained from tobacco products, alcohol and petrol should also be diverted to provide for public healthcare. Ideally the tax should be severe enough to curb over consumption of harmful foods, but initially a 10 per cent tax should do. Of course, the industry will pressure the government to revoke such a step if taken, but if the government is concerned about people’s health, this would be a small political price to pay.

The second key message that the tax would convey is that foods high in fat, salt and sugar are harmful and that they cause chronic diseases that can lead to premature death. Currently there is little awareness and no systematic government programme to prevent and manage chronic diseases, although there are some efforts to create awareness on harmful effect of tobacco.

Taxes alone will not help solve the crisis related to harmful food, but it is a potent policy tool nevertheless. Given the vision of universal health care that is developing in India at present, this may be the right time to launch such a tax to generate additional resources for healthcare, a sector that has seen abysmal neglect over the past 60 years.