Ganga: the run of the river

Current state, why is it so, and the way ahead The Ganga Action Plan (GAP-I) had selected 25 towns located along the river in Uttar Pradesh, Bihar and West Bengal. In 1993, the second phase (GAP-II) continued the programme, but included work on four tributaries of the river - Yamuna, Gomti, Damodar and Mahanadi. In August 2009, the Union government re-launched the Ganga Action Plan with a reconstituted National Ganga River Basin Authority (NGRBA). Under the notification, dated February 20, 2009, the government gave the river the status of a National River. The objective was to ensure abatement of pollution and conservation of the river. The key difference between the first Ganga Action Programme and now, is the recognition that the entire basin of the river has to be the basis for planning and implementation. It is not enough to plan for one city’s pollution, without considering the impact of the pollution on the downstream area. It is accepted that the plan for pollution control must take into account the need for adequate water in the river - its ecological flow. 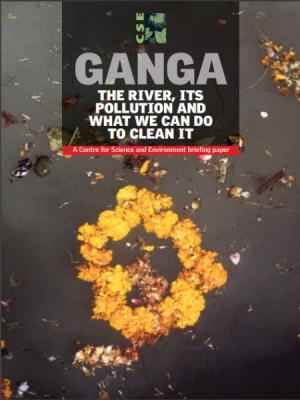