Tanjore in Tamil Nadu, Cambodia and Sri Lanka (dry zone) are the three civilisations in Asia which had well managed tank systems for rice production. The first two civilisations were destructed in due course of time. The dry zone of Sri Lanka is the only ancient irrigation civilisation which still continue its system. The tanks in this area ensured that the water was stored and the soil could be cultivated despite of dry and arid climate. Tanks were constructed mainly in two ways, either by impounding a river or by diverting the river through canals. In early days villages were built around tanks to allow easy access to water for agricultural purposes. Tanks were also important for cultural, spiritual and religious reasons, as water is a symbol of life and purity. There are nearly 12,000 small tanks and 13, 000 anicuts which irrigate around 246, 000 ha of land in Sri Lanka and produce around 191, 000 metric ton of rice which is approximately 20 per cent of the national production. For administrative purposes irrigation reservoirs in Sri Lanka are classified according to the size of their command area. 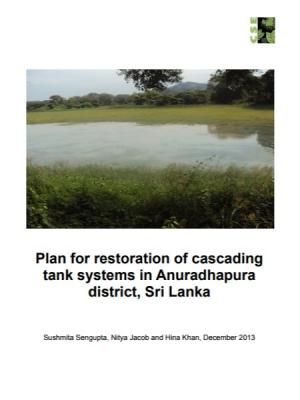