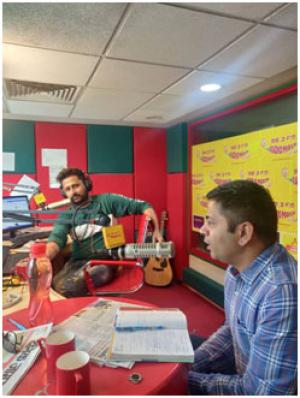 CSE team was invited by Radio Mirchi for a morning show to talk about issues related to sanitation on 14th March 20. The theme of the talk was 'Toilet Ke Baad Kya' focusing on FSSM. The session was broadcasted live in Lucknow and recording will be played in Jhansi.

CSE team spoke on issues relating to public health and pollution from improper FSSM, solutions of how a septic tank should be like and updated about CSE programme for FSSM and initiatives like competition among cities for FSSM 'Forum of Cities'. 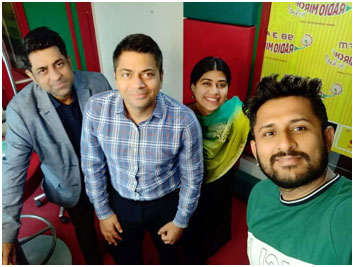 The shows has an approximately 7.5 lakhs listeners (according to Radio Mirchi channel) and a useful platform for reaching out to citizens on building awareness. CSE team has further brainstormed with RJ Prateek for more innovative ideas for outreach and possibility of partnerships for campaigns related to awareness and behaviour change for water and sanitation.