The thermal power sector has made very little progress in implementing the revised stack emission standards for suspended particulate matter (SPM), sulphur dioxide (SO2) and oxide(s) of nitrogen (NOx) notified in December 2015. The industry had raised several objections— the technology is not suitable for Indian coal, costs are too high, and space was not available. Centre for Science and Environment (CSE) research showed that these issues were manageable. CSE shared its research with major stakeholders—industry, Central Electricity Authority (CEA), Central Electricity Regulatory Commission (CERC), etc. In the period between March 2016 and March 2017, a broad agreement has emerged that most of the objections can be taken care of easily. However, in the process the industry has squandered a lot of precious time.

In September 2016, CEA asked regional power committees (RPCs) to formulate a phasing plan for installing new equipment. CSE has collected and analyzed the reports prepared by various RPCs. Overall, the reports suffer from three main weaknesses—they appear to overstate the efforts required; second, sizable capacity has still not disclosed the timelines for installation; third, preliminary timelines indicated in the phasing plans point to significant delays, with compliance beginning in 2019 for a few units and implementation plan ending by March 2023. 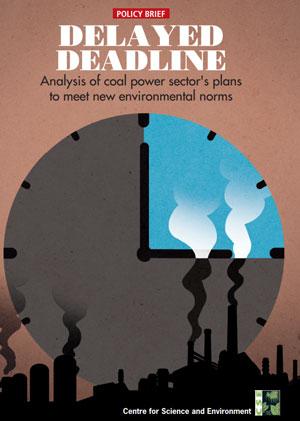