Centre for Science and Environment has set up a Programme Support Unit (PSU) in Lucknow to support facilitate and handhold state and city-level agencies in planning, creating operating guidelines and enabling frameworks, as well as designing and executing Faecal Sludge and Septage Management (FSSM) practices in cities across the state of Uttar Pradesh.Pertaining to this commitment, the PSU has developed the 'Knowledge Resource Centre' to support 'Forum of Cities that manage Septage' at Local Bodies Directorate's Office Lucknow. The purpose is to conduct interactive sessions and knowledge dissemination on FSSM scenario and interventions to the municipal officials of Local Bodies Directorate. The centre has displayed various CSE report, studies and IEC materials such as posters on importance of regular emptying & cleaning of septic tanks; safe transportation of faecal sludge to designated disposal site, use of PPEs, health & safety aspects; and manual scavenging. 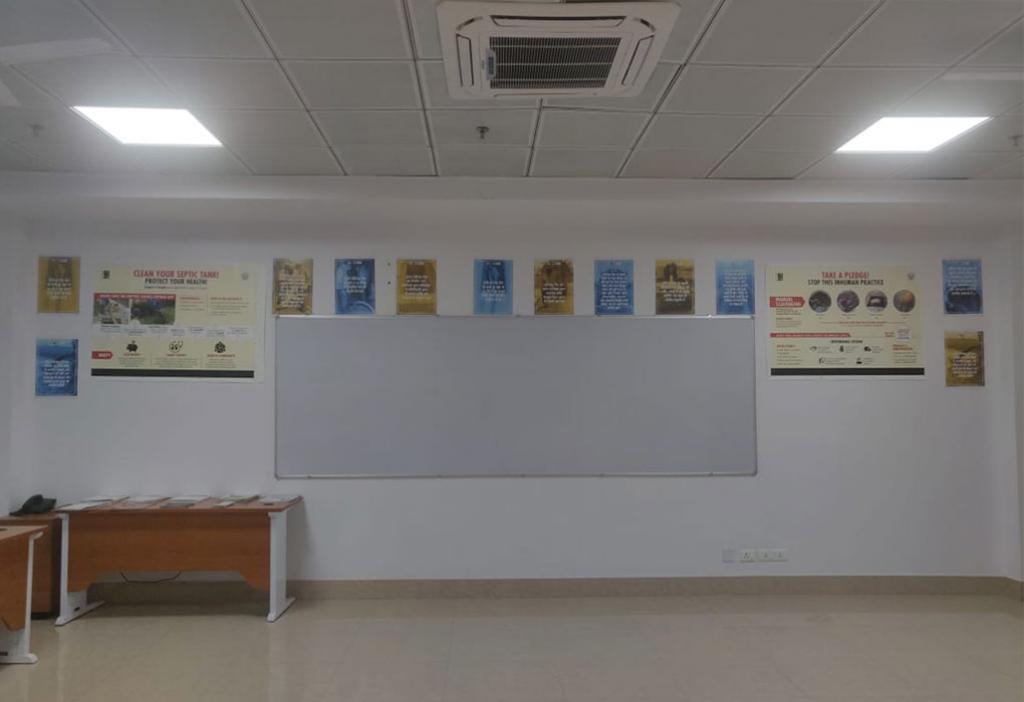 CSE Support for Local Bodies Directorate in the Orientation of Municipal officials.

On a request of Director, Local Bodies Directorate, PSU team has conducted a series of orientation sessions to municipal functionaries on 15 Sept, 15 Nov., 29 Nov., 19 Dec. and 20 Dec 2019.Around, 60 officials includingExecutive Officers, Revenue Officials and Sanitary Inspectors of ULBs which are mostly Nagar Panchayats i.e. smaller cities from Uttar Pradesh has been sensitised through these orientation programs. The session is of 1 hr on briefing the officials on the initiatives of CSE’s Programme Support to the state, needs for effective FSSM, key highlights of state FSSM policy, health & safety aspects and CSE’s pilot initiatives in Bijnor&Chunar. Sessions were taken by all the PSU team members including Rahul Mankotia (on CSE’s Programme Support in the state), Naveen Kumar (on CSE’s Programme activities in the state), Sarim Ansari (on establishing FSTPs in the state), Nida Ahmed (on need for IEC – Behaviour Change Communication for sustaining ODF). This was followed by interactive session & IEC exercise at CSE’s Knowledge Resource Centre. The CSE team has further elaborated about the next steps in FSSM interventions in UP. There was encouraging response from the ULBs and has requested for more such sessions. CSE team shared their contact details in-case the ULBs needed further information.

During an interaction with Executive Officer (BakshiKaTalab) ULB, PSU got to know that a Faecal Sludge Treatment Plant is proposed in the ULB through ULB's own source of funding. The project is supported by WaterAid. The EO invited the PSU team for a site visit for site identification and discussion on implementation of FSSM in the city.