It is clear that the world desperately needs a globalisation model that will work for all and not just some The Brexit  vote—52 per cent of the United Kingdom voted to leave the European Union (EU)—has important lessons for our desperately globalising world. It tells us that economic globalisation must be shaped by political globalisation. Growth that is not shaped by tolerance or is not inclusive will lead to anger and big consequences, mostly unintended. Brexit is the ugly face of that unintended consequence.

It is time we focused on strengthening the capacity of regulatory agencies It is time we recognised that the current ways of fixing the environment are not working. Rivers are more contaminated; air is more polluted and cities are filling up with garbage we cannot handle. The question is: where are we going wrong? What do we need to do?

The Kerala High Court has ordered status quo to be maintained on the cancellation of Hindustan Coca-Cola Beverages Limited's licence to operate its bottling plant at Plachimada in Kerala. The licence had been cancelled by the Perumatty gram panchayat in Palakkad district of Kerala, following complaints that the company was creating water scarcity in the area by overexploiting groundwater.

How to approach environmentalism

By: Sunita Narain 2010 was a loud year for the environment. High profile projects—from Vedanta to Posco and Navi Mumbai airport to Lavasa—hit the headlines for non-compliance with environmental regulations. While 2009 was the 25th anniversary of the Bhopal gas tragedy, it was only last year that we were all outraged by the disaster. The realisation of how every institution—the judiciary, parliament and government— had miserably failed to provide justice to the victims shocked us deeply.

How to approach environmentalism

2010 was a loud year for the environment. High profile projects—from Vedanta to Posco and Navi Mumbai airport to Lavasa—hit the headlines for non-compliance with environmental regulations. While 2009 was the 25th anniversary of the Bhopal gas tragedy, it was only last year that we were all outraged by the disaster. The realisation of how every institution—the judiciary, parliament and government— had miserably failed to provide justice to the victims shocked us deeply. 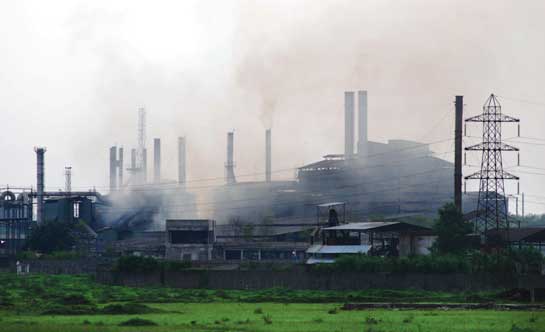 by Ashutosh Mishra, Nidhi Jamwal, Sujit Kumar Singh, Aparna Pallavi and Ruhi Kandhari Chhattisgarh announced a proposed investment of more than Rs 1,77,000 crore in the state. Until October 2008, it had signed over a hundred MOUs with companies like Jindals, Tata Steel and Essar. After a couple of months of this announcement, a bureaucrat heading the state environment regulatory body resigned.