On the brink of a disaster

Coal politics in an unequal world

Australia is a coal country. It is big business—miners are important in politics and black gold exports dominate the country’s finances. But dirty and polluting coal evokes emotions in environmentally concerned people. Coal-based power provides 40 per cent of the world’s electricity and emits one-third of global carbon dioxide, which is pushing the world to climate change.

Presence of Heavy metals in Cosmetics in India Toxic heavy metals in cosmetics are a growing concern across the world for several years. Heavy metals such as lead, mercury, cadmium, chromium and nickel have reportedly been found in unsafe levels in various cosmetic products. In India, on the other hand, use of cosmetics is rapidly increasing among all sections of society, particularly among young population.

How safe are your cosmetics?

Most beauty products in India are tainted with toxic heavy metals, shows a study by Delhi-based non-profit Centre for Science and Environment

Presence of heavy metals in cosmetics – a CSE study release 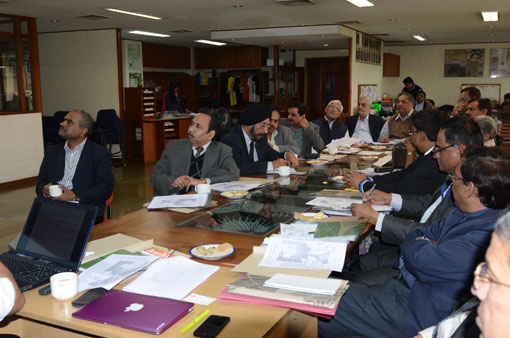 CSE 's Round Table on Mercury Pollution in Sonbhadra

Pollution in Sonbhadra area is not new and has been talked about for many years but no action has been taken to check the pollution. This has led to long term health impacts which have now started to show up in the population of the region. CSE took up a study to look at these health impacts and to investigate the possible causes.

There is nothing more criminal than the conspiracy of silence. There is also nothing more abject than scientists participating in acquiescence and deceit.

Penultimate meeting held in Uruguay The Intergovernmental Negotiating Committee (INC) moved an inch closer to preparing a legally binding instrument to regulate mercury on a global scale. The fourth meeting was held at Punta del Este, Uruguay. The six-day meeting attended by over 500 participants began on June 27, 2012.

On the brink of a disaster

New Delhi, November 4, 2003: India has earned the dubious distinction of becoming the biggest consumer in the world of a highly toxic and deadly substance: mercury.