New Delhi, August 1, 2014: A day after Centre for Science and Environment (CSE) released its study that has revealed the extent of misuse and overuse of antibiotics in chicken production and its likely contribution to the growing problem of antibiotic resistance in India, Indian Medical Association (IMA) has demanded an immediate ban on antibiotic use as growth promoters and for prevention purpose in the poultry industry.

The IMA, a reputed non-government body of doctors in India, has echoed the recommendations given by CSE. Some of these include allowing antibiotic use only to treat sick birds, ban on use of antibiotics in the industry which are critical for humans, and the need to regulate availability of antibiotics and feed supplements. Highlighting the gaps in Indian regulations, the IMA also stressed on the importance of systems to monitor antibiotic use and resistance.

“The problem was long suspected by public health experts; our study has provided evidence of the strong linkage between antibiotic resistance and antibiotic misuse in food-producing animals such as chicken. Now, the medical community and IMA have come up and strongly supported our viewpoint. It will help address the cause,” says Chandra Bhushan, deputy director general, CSE.

In another development, the Central Advisory Committee of the Food Safety and Standards Authority of India (FSSAI) met today. The Committee comprises of State Food Safety Commissioners. The Chairperson of the FSSAI, K Chandramouli, brought the matter of antibiotics misuse in the poultry industry to the attention of the Central Advisory Committee. The Committee concurs that the matter is important. It was agreed that states will start surveillance on the issue; the FSSAI has also agreed to review the regulatory gaps.

For example, the Bureau of Indian Standards’ poultry feed specifications (1374:2007) recommends not using antibiotics as growth promoters in feed – but these standards are not mandatory. Similarly, the Food Safety and Standards (contaminants, toxins and residues) Regulations, 2011 does not apply to the poultry industry; it has set maximum residue limits on four antibiotics for sea foods (for a complete list of such regulatory gaps, please visit http://www.downtoearth.org.in/themes/DTE/hatching_superbugs/factsheets/factsheet%204.pdf).

Says Bhushan: “CSE believes that this is first step in the right direction.  The regulatory vacuum is the primary reason why the poultry industry is rampantly misusing antibiotics. CSE has started writing to various Central and state government functionaries highlighting the concerns and the action that needs to be taken to address this major public health issue.” 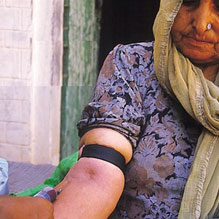 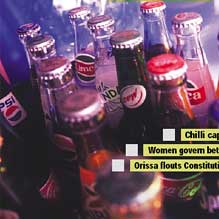 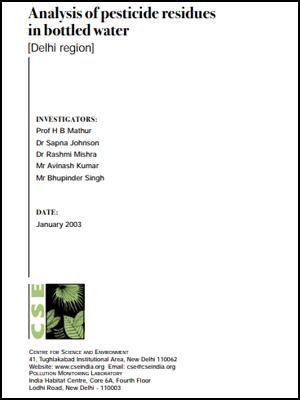 A poultry farmer of Rajasthan

CSE study on antibiotics in chicken

Use of antibiotics in animals

Poultry industry and practices in Haryana

WHO report on antimicrobial resistance skips some obvious truths