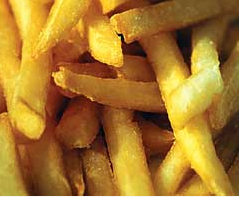 The Food Safety and Standards Authority of India (FSSAI) released their proposed norms on trans fats in vanaspati/Partially Hydrogenated Vegetable Oils (PHVO) on May 7,e stakeholders were given on 2010. The month to send in their comments after which the draft regulations would have been sent to the government for notification.

It has been more than a year since then and the rules are yet to be notified. In fact, all that FSSAI is ready to share with us is the fact that the rules have been drafted and are with the ministry.

Where are the regulations ?
The discussion on norms for trans fats has been overextended. The issue was first brought up in FSSAI, on November 26, 2009, in its third meeting of the Food Authority. During the meeting it was recommended to fix the limit of trans fatty acids (TFA) to not more than 10 per cent in vanaspati/PHVO.

Prior to its debut at the FSSAI, the oil and fats sub-committee of the Ministry of Health and Family Welfare (MoHFW) in March 2009, had agreed on a 10 per cent limit on trans fats in vanaspati ghee sold in India. Members of this sub-committee also agreed that the trans fat levels should be brought down to five per cent in three years.

These recommendations were then supposed to be sent to the Central Committee for Food Standards (CCFS) of MoHFW for approval and enforcement. What happened to the CCFS decisions remains unclear. It definitely wasn't taken up by the FSSAI as they had cleared in an RTI response that no CCFS recommendations were adopted by the Food Safety and Standards Act.

The sub-committee's decision was a result of five years of deliberations and they are practically the ones that FSSAI have now proposed. So if the recommendations of CCFS were accepted then, by 2011 the trans fats levels would have been well on its way to being scaled down to five per cent. As this hasn't happened and the regulatory department is in a state of slumber, the consumers health continues to be put at risk.

A large proportion of the population in Indian sub continent is identified as genetically predisposed to Cardio Vascular Diseases (CVD) and the risk is further compounded due to the consumption of vanaspati and trans fatty acids (TFA). Vanaspati/PHVO, shortenings, stick (or hard) margarine, cookies, crackers, snack foods, fried foods (including fried fast food), dough nuts, pastries, baked goods and other processed foods made with or fried in partially hydrogenated oils are all sources of trans fats.

CSE’s Pollution Monitoring Lab tested 30 samples of branded cooking oil. The samples comprised vegetable oils such as soybean, sunflower, mustard and coconut, partially hydrogenated vegetable oils or vanaspati, desi ghee and butter. The results showed that trans fats in seven leading vanaspati brands were five to twelve times the two per cent standard set by Denmark. Denmark is the only country that has any trans fats rules.

Trans fats are bad for health. They are especially bad for the heart, as they reduce the amount of good cholesterol (HDL). They are also found to increase the risk of breast cancer and infertility in women along with diabetes and Alzheimer’s disease.

Between the Devil and the Deep Blue Sea
The National Institute of Nutrition (NIN) conducted a national consultation on January 9, 2010. This consultation was based on recommendations of the third meeting of the food authority of FSSAI. The consultation concluded that TFA level in vanaspati/PHVO should be below 10 per cent. It also recommended that the existing regulations for melting point which is at 31°C to 41°C should be removed all together, which will be in line with the Codex Alimentarius guidelines.

The FSSAI prepared the proposal on the lines of the NIN recommendations. The proposal recommends setting the limit of trans fats to 10 per cent and reducing it to five per cent in three years. It also considers increasing the melting point from the current limit of 41°C to 51°C or removing the limit completely. Mandatory labeling of trans fatty acids and saturated fatty acids content on vanaspati packs, edible oils or any other product containing trans fatty acids from vanaspati sources has also been proposed.

However, there are two central issues that dominate the discussion on trans fats. First is the limit of TFA in vanaspati/PHVO which is proposed to be fixed at 10 per cent and brought down to five per cent in three years. According to World Health Organization (WHO), in order to reduce the risk of CVD, not more than one per cent of the total energy should be derived from trans fatty acids. Similarly it states that not more that 10 per cent of the total energy in case of a health person and seven per cent for those with cardiac problems should be derived from saturated fatty acids.

The second issue is that of the melting point. Trans-fats are produced due to partial hydrogenation of oil which allows them to remain in a semi-solid state. Complete hydrogenation of the oil will lead to total removal of trans fats and will solidify the oil.

The current melting point limit is set to 31°C to 41°C. FSSAI has proposed to increase the melting point limit to 51°C or remove it all together. “Keeping the limit at 51°C does not solve the purpose because the industries do not prefer to hydrogenate at this temperature, as it leads to oil becoming too solidified which is not desirable to the consumer," explained Kalpagam Polasa, scientist, NIN. She added that increasing the melting point limit will increase the saturated fatty acids content in the oil, which will then produce more than 10 per cent energy and which is beyond WHO's acceptable limit.

The NIN proposal calls for further studies to make an informed decision but no committee has been appointed by the FSSAI as of now to study this. This is how serious FSSAI is considering that notification of trans fats was highlighted as a priority by the regulatory body.

The fat of our cooking oil: How government regulations are deliberately compromising our health and our bodies

Coconut Development Board letter to CSE 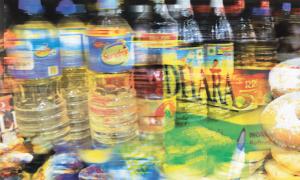 The Satyam in our oil