The Committee held 17 sittings in all. The Committee took evidence of the representatives of 8 Ministries, and also of the representatives of the Council for Scientific and Industrial Research (CSIR), Central Food Technological Research Institute (CFTRI), Mysore, the Central Food Laboratory, Kolkata, the Indian Council of Medical Research (ICMR), the National Accreditation Board for Testing & Calibration Laboratories (NABL) and the Agricultural and Processed Food Products Export Development Authority (APEDA). The Committee also took evidence of the representatives of the Centre for Science and Environment, PepsiCo India Holdings Private Limited and Coca Cola India. In addition, the Committee heard the views of the Associated Chambers of Commerce and Industry of India (ASSOCHAM), the Federation of Chambers of Commerce and Industries (FICCI), the Association of Indian Bottled Water Manufacturers, the All India Food Processors’ Association, New Delhi, and Shri M.P. Veerendrakumar (Former Union Labour Minister) and Chairman and Managing Director of Mathrubhoomi, Shri R.C. Periwal, Director, J.K. Dairy Foods Ltd. and Dr. Aparajito Basu, Vice President, Paschimbanga Vigyan Mancha, Kolkata. The list of Ministries, whose representatives gave evidence before the Committee, is given in Annexure. A verbatim record of the oral evidence before the Committee was kept.

Committee considered the final draft of the Report at their sitting held on 27 January 2004 and adopted the same unanimously. For facility of reference and convenience, the observations, conclusions and recommendations of the Committee are also given separately at the end of the Report. As Chairman of the JPC, I would like to place on record my heartfelt gratitude to the members for their active participation in the Committee’s deliberations and their valuable contribution in preparation of this report. The Committee wish to express their thanks to the representatives of various Ministries/ Departments, Organisations, individuals for placing before them the material and information asked by them in connection with the examination of the terms of reference of the Committee and for giving evidence before them. The Committee also wish to express their thanks to its consultants Dr. G. Thyagarajan, Dr. N. P. Agnihotri and Dr. S. K. Khanna for providing valuable inputs and suggestions. The Committee place on record their deep appreciation for the commendable work done by Dr. (Smt.) P. K. Sandhu, Joint Secretary, Shri N. C. Gupta, Under Secretary and Shri C. Kalyanasundaram, Committee Officer. 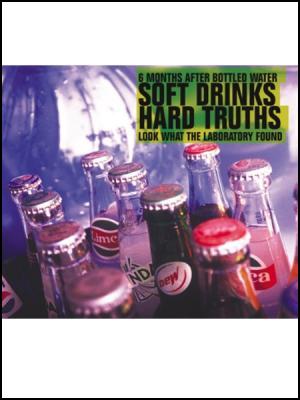