Water is under pressure from increasing demand stemming from growing development pressures, with its manifestations in the form of deteriorating water quality, declining availability and unregulated groundwater extraction. The pace of decline is likely to continue with estimates pointing at a figure of 1,500 cubic meters per year by the year 2025, which is well below the level water stress is considered to occur.

Urban water situation deteriorating on the account of declining quality, distribution losses, demand supply mismatch, changing lifestyle etc. are leading to a severe conflict situation both at the intra and inter city levels.

Big cities are home to millions of people; attract both large and small commercial/ institutional establishments every year besides substantial residential development. This trend is now increasingly been followed by the medium and small towns as well. As more and more people, businesses move into the city, water crisis is going to accelerate and worsen with increased water demand, plagued with increasing intra city inequity, discharge of waste water in the city environs.

Building water use constitutes a very high percentage of the total city water use profile. Although nature of building water use is governed by the functions of the building, type of equipments installed etc. But generally, maximum water use which is approximately 45- 50% is used in the toilets and around 30% is accounted for washing (clothes, utensils, hands etc.). Within the toilets majority water is used by the plumbing fixtures like toilets, urinals, faucets and showers. There may be varying estimates for water use for per person per day, but there is hardly any argument that toilets and bathrooms are the biggest water guzzlers within the buildings. And, as a result large amounts of grey and blackwater released from the kitchens, baths and toilets ends up polluting the water sources. 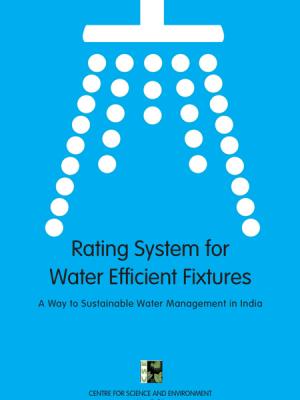