India has a looming housing shortage, especially for urban poor, for more than a decade now. The growth of informal settlements at six per cent is outstripping the urban growth rate (compounded annually) of 2.8 per cent. Several housing policies and programmes have been launched to curb the soaring demand for home, such as the National Housing and Habitat Policy (2007), Jawaharlal Nehru National Urban Renewal Mission (Basic Services for Urban Poor and Integrated Housing and Slum Development Programme, 2005), Affordable Housing in Partnership (2009) and Rajiv Awas Yojana (2011). However, incomprehensive strategy, weak implementation and socio-economic inconsideration have resulted in housing infrastructure that has failed to attract and inhabit the weaker sections of the society.

In 2015, Pradhan Mantri Awas Yojana – Housing for All mission (Urban and Gramin) was announced with a deemed urgency to provide an affordable house to every household. It was followed with a recognition to affordable housing as a new sub-sector under Social and Commercial Infrastructure, by Ministry of Finance. Also, the Union Budget 2017 has increased allocation of funds for rural housing and urban housing from INR 150 billion to INR 226 billion and INR 50.75 billion to INR 60.42 billion respectively. As a result, the country is at the onset of massive development, triggered primarily by affordable housing sector. 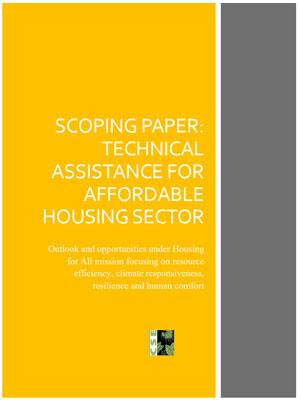