Bikaner city lies in the northwest region of Rajasthan state in northern India. The city is the administrative headquarters of Bikaner district. It was formerly the capital of the princely state of Bikaner. Situated in the middle of the Thar desert, it has hot desert climate with very little rainfall and extreme temperatures. In summers temperature can exceed 45 °C, and during the winters it may dip below freezing temperature (CII, 2015).

Municipal boundary has been chosen for the current study. It comprises of an area of 155 sq.km (BMC, 2015). 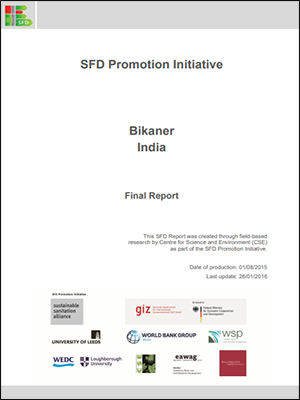