Dewas city is located on the Malwa plateau of the central Indian state of Madhya Pradesh. It is headquarters of the Dewas district. The city is well connected with the state capital Bhopal by NH 86 and the commercial capital Indore by SH 18 (MoUD, 2015).

Municipal boundary has been chosen for the current study. It comprises of an area of 100.2 sq.km (MoUD, 2015). 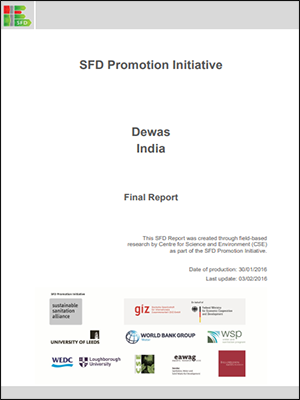