Bodhgaya is a small town, located in the Gaya district of Bihar. It is internationally renowned for its immense religious and cultural significance. It is one of the most prominent Buddhist pilgrimage sites and houses a UNESCO World Heritage site within its boundaries. In 2002, the Mahabodhi Temple in Bodhgaya became a UNESCO World Heritage site (REEL, 2011). The population of the city, as per Census of India, 2011 is 38,439. 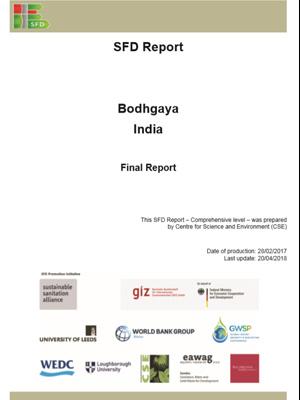