Agra, the former capital of India is a city on the banks of the river Yamuna in the state of Uttar Pradesh, India. It lies in Indo-Gangetic plain, 363 km west of state capital, Lucknow and 200 kilometres south from national capital, Delhi (MoUD, 2013). Agra is a major tourist destination because of its impressive Mughalera monuments, specially the Taj Mahal.

The temperature varies from 47° C during peak summer to 3°C during the winter season. Municipal boundary has been chosen for the current study. It comprises of an area of 141 sq.km (MoUD, 2013). 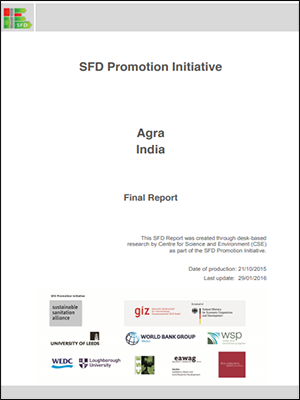