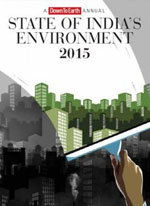 India's most credible annual statement on environment and development. Backed by our more than 30 years of research and reportage experiences, this report helps you make sense of the development puzzle called India 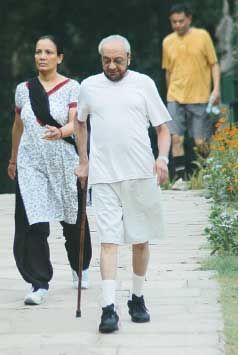 The dawn of pollution

Health enthusiasts living near freeways should minimize their outdoor exercise timings during the early morning hours; they should also keep their windows closed through the night. 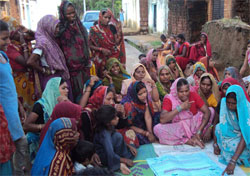 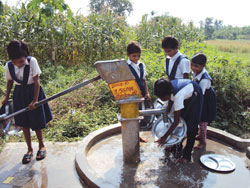 Can India meet the 2012 deadline to provide safe drinking water to all rural homes?

Labeling sought The European Union's highest court, on September 6, ruled that honey which contains trace amounts of pollen from genetically modified (GM) corn must be labelled as GM produce and undergo full safety authorization before it can be sold as food.

Brings Poultry under scanner The US Department of Agriculture will move to the next level to ensure the safety of the public from E. coli related food borne illness, Agriculture Secretary Tom Vilsack announced on September 13. Vilsack said that there will be addition of six serogroups of non-O157:H7 shiga-toxin producing E. coli (nSTEC) that will be considered adulterants, in non-intact raw beef, including ground beef and tenderized steaks.

Questions validity of Plachimada tribunal bill under its consideration The Plachimada tribunal bill that was making no progress at the Centre has received yet another setback. The Union home ministry, which was coordinating with other Central ministries—law, environment and forests, agriculture—for feedback on the bill, received legal opinion from the counsels of Hindustan Coca-Cola Beverages Pvt Ltd, questioning the validity of the bill that was passed by the Kerala legislature.

India gets its new Food Law

Assam on high alert This time it is Assam. Nearly 200 birds have been culled in Agomoni, Pokalagi, Jhapsabari, Kherbari, Supaikuti and Bhamundanga under Golokganj police station of Dhubri district, in September alone. The scare came to light when one of 300 specimens of dead birds, sent to Bhopal for a test, was confirmed with bird flu. The district administration swung into action and issued a ban on the sale of the birds in the market and an awareness campaign was launched.

Better (regu) late than never...but watch out, it's GE!

A critique of the BRAI bill by Shalini Bhutani The Biotechnology Regulatory Authority of India (BRAI) Bill surfaced quietly in the List of Business for Lok Sabha in August 2011. It did not however make it for introduction in this session of Parliament. Yet the din about it outside the legislature refuses to settle down.

Sanjay Dave, director of the Agricultural and Processed Food Products Export Development Authority (APEDA), was recently elected chairperson of the Codex Alimentarius Commission. The first Indian to be appointed to the UN body for food safety standards, he is credited with introducing web-based certification of organic products in India in 2009.

Supreme Court allows exports; sets out to chalk out disposal plans for the rest of the unused stock