The US Department of Agriculture will move to the next level to ensure the safety of the public from E. coli related food borne illness, Agriculture Secretary Tom Vilsack announced on September 13.

Vilsack said that there will be addition of six serogroups of non-O157:H7 shiga-toxin producing E. coli (nSTEC) that will be considered adulterants, in non-intact raw beef, including ground beef and tenderized steaks. 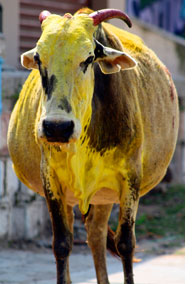 The six E. coli serogroups include: O26, O103, O45, O111, O121 and O145. As adulterants, if product represented by tested samples of raw beef contains any of the six strains it will not be allowed into commerce for sale to consumers.

As of March 5, 2012, USDA’s Food Safety and Inspection Service will test beef trim used in ground beef production for the six serogroups of STECs and begin enforcing the new policy. USDA plans to initially focus testing on beef trim production before it is distributed to grinding facilities. It hasn’t ruled out expanding the program in the future.

“If found, sale for consumption by people will be prohibited,” Vilsack said. “One of the reasons we are doing this is because these pathogens can survive ordinary cooking.”

USDA also based its decision to focus on the non-O157 strains on information from the Centers for Disease Control, which has determined these strains are responsible for more than 112,000 food borne illnesses annually, “twice the rate of O157:H7, which was already declared an adulterant, over the period of many years,” Vilsack said.

Among those 112,000 illnesses, USDA estimates 36,700 of them are attributable to beef consumption. He went on to say illnesses linked to non-O157 strains of E. coli have nearly tripled over the past decade, while O157-related illnesses have decreased by 27 percent during the same period.

James Hodges, executive vice president of the American Meat Institute, reacted sharply to Vilsack's announcement. “Perspective on this issue is badly needed.” The estimated 100,000-plus human infections of nSTEC have been caused by a variety of foods, not just beef.

Cost for the testing, for these strains according to Vilsack's estimate is at $500,000-$750,000. "Rather than spending millions of dollars testing for the six additional strains science indicates technology proven to destroy E. coli O157:H7 are equally effective against all strains. Furthermore, the presence of the six targeted strains in beef are not linked to widespread illness," said Hodges.

“The public health data, including data released by the CDC last week, indicate that there is no public health crisis related to those strains in ground beef,” said Hodges. “While CDC has documented hundreds of thousands of food borne illnesses throughout the past decade, only one nSTEC outbreak has been definitively linked to a beef product and that involved three people who recovered.”

Vilsack said the development of the new policy was consistent with the process that was used when the USDA declared E. coli O157:H7 an adulterant after the outbreak in 1994.