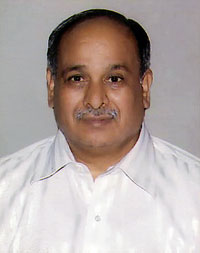 Food Safety and Standards Authority of India (FSSAI) had notified Rules on 5th August 2011 under FSSA Act 2006 to give guidelines to food industry for hygiene and regulations/ standards for safe and wholesome food for human consumption.

A nationwide project, Food and Drug Capacity Building Project was designed to improve the quality and safety of food and drugs by strengthening the regulatory framework and incorporating components of consumer education with the assistance of World Bank. The project remained in operation from 2003 to 2008 to improve the capacity of laboratories at central and state levels along with other regulatory programme. For this purpose the government of India took nearly Rs.320 crore soft loans from World Bank.

Due to WTO agreement, it was mandatory to have laboratories accredited from an authority meant for this purposes for obtaining reliable and reproducible results. It is just like an audit of working of laboratories by an outside agency i.e. third party assurance. In India, NABL (National Accreditation Board for Testing & Calibration Laboratories) is the agency approved by the international agencies like APLAC and ILAC. It is similar to NABH for Hospitals. It was included under World Bank Capacity Building Project that government Food and Drugs Laboratories (Centre and States) are to be accredited from NABL.

Each laboratory in the country that required assistance was identified and provided in terms of equipment, infrastructure and manpower (up to 5 years only). In the absence of manpower and infrastructure, the equipment supplied under Capacity Building Project could not be utilized or opened at all. Although it was one of the conditions of the World Bank, that equipmentshould be purchased only when the manpower and infrastructure was available. The equipment, which was opened, is not functional due to various difficulties faced by the food analyst in their states. Thus, entire purpose of upgrading laboratories under Capacity Building Project remained as it is.

The above mentioned safety parameters are not being examined at all because most of the Authority and State Food Laboratories do not have infrastructure and manpower to analyze them.

Science based standards/ regulations are to be laid down to ensure safe, hygienic, pure and wholesome food to its citizen in the global scenario as per vision of Authority. On perusal, it is observed that regulations/ standards are just copied from PFA Act and re-arranged as Regulations. This fact is mentioned on Page 3 of the report published by USDA Foreign Agricultural Service (GAIN Report No.: IN1104) observed regarding FSS Act are as under:

“-- However these documents are essentially a retitled version of the Prevention of Food Adulteration Rules 1954 and its amendments, without any changes.”

On February 13, 2012, the jurisdiction of the referral Laboratories was changed without following any procedure to benefit specific laboratory by an executive order. In the past, the matter was discussed and approved by the CCFS and notified in the Gazette after approval of Law Ministry.

The Food Laboratories are backbone of the Food Safety & Standards Programme to be implemented in the country. The working conditions and quality of analysis of laboratories under FSSAI are required to be strengthened/ managed properly so that Authority has a proper check on the food articles supplied in the market for consumption to the common man as per various provisions of FSS Act 2006 and Rules 2011. At present the working conditions of the labs are anything but functional. (See Box: Working Conditions of the Lab)

In Raxaul and Sonouli, no chemical or glass dealers are available. All the supplies are to be procured from outside to run the laboratory. In small towns of UP and Bihar, most of the time, there is no electricity for hours continuously. If electricity is available, the voltage is too low to run costly sophisticated equipment. Same is the situation in Raxaul and Sonouli. These laboratories were brought under the control of food authority but neither do they have a no-objection certificate from the fire department nor any regular AMC of equipment are being done.

The working conditions of the state food laboratories are not better than the authority laboratories. In Delhi itself, where I had worked as Public Analyst from 1996 to 1999, the post of microbiologist along with other sanctioned posts for the laboratory have not been filled till date. Recently, food laboratory, Delhi was accredited by the NABL in chemical parameters.

In a few places—Bihar, Chhattisgarh, Jharkhand, Uttar Pradesh (Gorakhpur and Varanasi), most of North Eastern states—the posts of public analyst/ food analyst are lying vacant due to non–availability of suitable persons as their pay scales are low. Thus, these laboratories are not functional at all. The financial positions of the state laboratories are in poor condition in comparison to the authority laboratories. The statutory work of checking of imported food articles has been assigned to private laboratories, Export Inspection Agencyand Kolkata University. The authority has no control on their staff.

Public knew the hazards of pesticides only when CSE published its first report regarding pesticides in carbonated beverages in 2003. Government formed the Joint Parliamentary Committee (JPC). JPC gave its recommendations in 2004, but none of these recommendations were implemented by the Ministry of Health and Family Welfare (MoHFW) in its true sense. The present condition of the five central and 68 state food laboratories working under control of Food Authority regarding Pesticide residue analysis is dismal. (See Box: The Central and State Labs)

Immediately, all present food laboratories are to be accredited from NABL for obtaining reliable & reproducible data as per requirement of Section 43 of FSS Act 2006. The Gap analysis was conducted thrice by the MOHFW after spending huge public money without any corrective measures. In view of the facts stated above, first the existing food laboratories have to be strengthened in terms of manpower, infrastructure and equipment on priority basis before proceeding for opening of new 125 food laboratories as proposed by the FSSAI.

Dr. Satya Prakash retired as Director, Central Food laboratory, Kolkata in the 2009. He completed his PhD in 1973, in the field of “Chemical Studies on some Indian Medicinal Plants”.He has started his career as Chemical Assistant in Central Revenues Control Laboratory under Ministry of Finance. During this time, he worked in Delhi and Chennai analyzing samples narcotic drugs and imported samples for custom duty and export samples for draw back.

Later he had joined as Junior Analyst, Class II Gazette post in Food Research and Standardization Laboratory, Ghaziabad after selection by UPSC. During his 26 years of his career he published various research papers regarding methods for detection of food adulteration and assisted in publishing a booklet comprising quick Method of Test at household level. In 1996, he was appointed as Public Analyst of NCT Delhi on the direction of Delhi High Court after there were reports of synthetic milk in the capital. Later in 1998, he had also worked in analyzing thousand samples of mustard oil for detection of Argemone oil, which caused dropsy. 68 persons lost their lives due to dropsy.