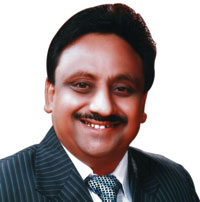 Khandelwal, the Secretary General of Confederation of All India Traders (CAIT), speaks on behalf of the traders on the objections they have against the Food Safety and Standards Act, 2006. CAIT is leading the protests of traders against the Act.

What are your main objections about the act?

We have objections about the way the Act deals with adulteration and misbranding, the provisions of registration and licensing, powers given to the food safety inspectors and punishment and penalty provisions. Various other provisions of the Act are draconian in nature. Ground reality of India has not been considered. The Act will favor the MNCs and give rise to corruption.

What are the issues with adulteration?

The earlier Prevention of Food Adulteration Act dealt with adulteration separately. This Act clubs misbranded and sub-standard food with adulterated food. The focus on adulteration has been diluted and shifted to misbranded and substandard food. The provisions of penalty and punishments are also on the same lines. Adulteration is a heinous crime and cannot be compared with misbranding. Under the Act, manufacturers alone have been held responsible for sub-standard food. The quality of the food depends on the raw material, which are mainly agricultural produce, the quality of which varies from season to season and place to place. A number of other factors like fertilizer and pesticide use, climatic conditions etc also affect the quality of agricultural produce. It is not possible for manufacturer or purchaser to test every sample.

Why do you think the act give rise to corruption?

The Act has increased the number of times a food business operator needs to interact with government officials. Besides, too many discretionary powers have been given to designated officers. Issuing and cancellation of licenses depend on them. If a Food Business Operator fails to comply with what has been directed by a Food Safety Officer, he will be liable to a penalty of upto Rs 2 lakhs. Too much power always corrupts.

What are the problems with registration and licensing?

Registration and licensing regulations have many flaws and unrealistic provisions. The regulations have defined petty food business operators but have not defined petty retailers. Licenses are needed for operators with turnover of more than Rs 12 lakhs. This limit is too less and should be increased to Rs 60 lakhs. The Act does not clarify if the limit is for an operator for all the products or is only for the contributions from food business. There is a provision of single license for more than one food products or establishments in same area. But the Act does not define what is meant by ‘same area’. Designated officers have the discretionary power in issuing a license. All this will definitely lead to a lot of difficulties in running businesses.

You have been claiming that the Act is in favor of MNCs. How does it affect the local business operators?

Many provisions in the Act are heavily in favor of the MNCs. Local operators are not equipped enough to get all their products tested. The provisions of hygiene are also hard to maintain considering the climatic conditions and surroundings of the business area.