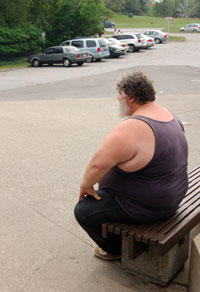 Within a year of imposing fat tax, the Danish government is planning to roll it back. They have also decided to abandon the proposal of sugar tax that they had proposed to do.

The Danish union HK Commerce, Danish Food & Allied Workers Union, and Danish Chamber of Commerce, claimed that the fat tax has threatened jobs in Denmark. As fatty food prices went up, consumers traveled across the border for their fatty fixes instead of giving it up.

Denmark had imposed a fat tax on fatty food, in October 2011, in order to tackle their obesity problem. The surcharge was levied on food items like butter, milk, cheese, pizza, meat, bacon, ice cream and processed food if they contained more than 2.3 per cent saturated fat.

According to the taxes imposed, the consumers had to shell out about 20 per cent more for a packet of butter and a little more than half a Krone (1 Krone = 01.7 US $) for a packet of chips. As soon as the fat tax was announced, consumers began hoarding the fatty food and it was speculated that the Danes, used to eating fat rich food, would start crossing over to the neighboring countries to get cheaper food. And this is what happened.

The rollback, if it happens, will be an entirely business decision. However, the taxes that were imposed were a part of the wider tax reforms and lifting these taxes would mean finances would have to be diverted from other sources. Nevertheless, the Minister of Taxes has said that the government will drop taxes. Negotiations to replace these taxes from other sources are on.

See also: For more on obesity and junk food get your copy of ‘Food as Toxins’