Food safety authority to come up with guidelines by July 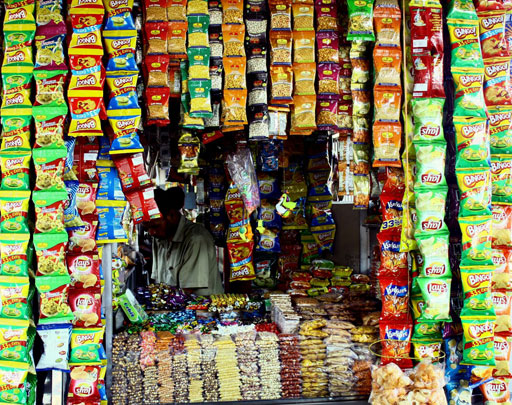 Junk foods may finally be banned in and around school premises. On April 17, 2013, the Food Safety and Standards Authority of India (FSSAI) informed the Delhi High Court that private firm AC Nielsen ORG-MARG Pvt Ltd was in final stage of framing guidelines for ensuring availability of safe food in schools. The court was hearing a PIL filed by Delhi based non profit Uday foundation which sought to get junk foods banned in schools.

The guidelines, expected to be finalized by July 21, have already been delayed.  The High Court had instructed the FSSAI to frame guidelines within six months in January, 2012. Later, AC Nielsen ORG-MARG was hired by FSSAI to frame guidelines for making safe and quality food available in schools. The firm has been conducting surveys in schools of different states and it seems to have ignored schedule of schools while planning. The surveys were delayed in many states due to repeated interruptions because of school examinations and holidays. The firm is in process of submitting the draft guidelines to the FSSAI. The final guidelines are expected to be completed by July 21. The guidelines will apply to the zone within 500 yards of schools.

Junk food is defined as any food that is rich in salt sugar and fats but provide very little nutrition. Centre for Science and Environment, a Delhi based non-profit had tested major brands of junk foods available in Indian markets and found them nutritionally unbalanced.

India, on one hand, has a significant population of malnourished children. On the other hand, obesity is fast becoming epidemic among children in Indian cities. Junk food has been quoted as one of the main reasons behind rising childhood obesity in India. The studies of National Diabetes, Obesity and Cholesterol Foundation (N-DOC) show that 29 percent of urban private school going children in India between 14 and 18 years of age are obese. Adding to it, India also features in the list of countries which have been warned by WHO for increasing risk of hypertension among youth. Junk foods are generally very high on salt that is known to contribute to   hypertension. A survey by N-DOC also showed that children get attracted towards junk food very easily. Even the parents of young children have been found to prefer junk foods because of their convenience.

Himachal Pradesh has shown the way on what could be done to begin with. It banned sale of plastic packed junk foods earlier this year. Delhi government, which was asked to frame its own guidelines by the High Court in March, has however failed to take any steps. It informed the Court that the ban can be applied only after the FSSAI guidelines.

Rahul Verma, founder of Uday Foundation, believes that ban on junk food in schools should be the first step in the fight against childhood obesity. “It is time we ban junk foods in schools and provide our children with safe and healthy food” he says. He, however, is keeping fingers crossed till the final guidelines.