The European Union's highest court, on September 6, ruled that honey which contains trace amounts of pollen from genetically modified (GM) corn must be labelled as GM produce and undergo full safety authorization before it can be sold as food. 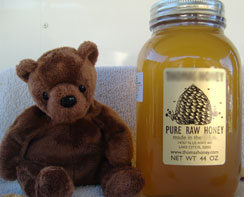 Activists have called this a "groundbreaking" ruling and are hopeful that this decision could force the EU to strengthen its already near-zero tolerance policy on GMOs. The ruling from the European Court of Justice came after several Bavarian beekeepers demanded compensation from their government for honey and food supplements that contained traces of pollen from genetically modified maize.

The beekeepers had their beehives close to fields where the Bavarian government was growing Monsanto's MON 810 maize for research purposes.

The European court of justice found in their favour, a ruling that should offer grounds for the beekeepers to claim compensation in a German court.

The court's finding also potentially threatens recent EU legislation, introduced in July this year that permits traces of GMOs in animal feed without a safety review.

Mute Schimpf, food campaigner for Friends of the Earth Europe, said that the ruling "would confirm that existing laws allowing traces of unauthorised GM contamination are insufficient and would need revising."

French Green MEP (Member of European Parliament) José Bové, an ex-farmer, known for uprooting of GM crops in Brazil, said that the only protection farmers can have is for a complete ban on GMOs in Europe.

Agricultural Scientists on GM side

However, agricultural specialists criticized the ruling, saying that the decision was not scientific.

AS quoted in the Guardian, Guy Poppy, the director of the centre for biological sciences at the University of Southampton, said that there were no safety issues. "This honey is as safe as any other."

The corn in question is genetically engineered to produce an insecticide that naturally occurs in the soil bacterium Bacillus thuringiensis (BT). The production of this toxin protects the maize plants from European corn borer larvae.

"The Monsanto maize is genetically modified to produce the BT protein. But this same protein actually has been regularly used for years as a spray even by organic farmers," he added.

"The consequences of these sorts of ruling are that new methods of plant breeding, whether GM or other forms that are developed, could be thrown out of potential use, making it impossible to innovate."

The European Commission is now in discussion with EU member states. It is likely that the decision will have an impact on the honey imported into the EU as Europe does not itself produce sufficient quantities for the size of the market. The bloc produces 200,000 tonnes per year and must import an additional 140,000 tonnes.

Argentina and China, both GM-friendly countries and the two biggest importers of honey into the EU, are likely to be affected in particular, the commission warned.

"The honey is not dangerous. There is no health risk from honey in the EU," insisted EU consumer protection spokesman, Frédéric Vincent, worried that shoppers might stop buying honey as a result of the news.

"It's an important ruling from the court. I can't say at this point whether we need to change any laws," he added. "The contamination is done by the bees themselves. We can't put GPS tracking on the bees."