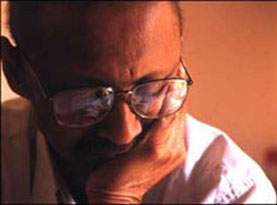 Water has become a new pet subject for Indian industry. Not because it is concerned with the depleting water resources or its own contributions to growing pollution. Because it sees a new and lucrative business opportunity. With support from the World Bank, the Confederation of Indian Industry (CII) and other associations are competing with each other to establish their role in the water business. Last month saw a spate of conferences on this issue, with industry participants drooling about the huge investment requirements for drinking water and sanitation.

I am not against private sector involvement in water per se . But given the political economy of water and sewerage in the country, I believe their role will be extremely limited. The simple assumption of private sector proponents is that if water is correctly priced - what is known as full cost pricing - it would facilitate investment from the private sector and provide a solution to the water crisis facing vast regions of the developing world.

This argument has many holes unfortunately. Firstly, current water and sanitation technology, based on the flush toilet and sewage system, would make full cost pricing of water and sanitation services unaffordable by most in the urban South. It is important to recognise that private sector involvement cannot be only in the water supply business. This is just one small and profitable part of the water business. The real cost is in taking back the sewage and treating it to the quality needed for disposal in water bodies. This is the real "dirty" business. We know that sewage and drainage costs can be as high as 5-6 times more than the cost of water supply. And with increasing chemical pollution, water treatment costs are only going to increase.

The political economy of defecation is such that no democratic government will accept the hard fact that it cannot "afford" to invest in modern sewage systems for its citizens. Instead it will continue to subsidise the users of these systems, in the name of the poor, who would not be able to afford the systems otherwise. It is important to realise that almost all users of the flush toilet and its sewage system are the rich in our cities. Our political system today literally subsidises the rich to excrete in convenience. In fact we get a double subsidy.

The logical policy would be to accept the cost and then to impose differential pricing so that while the rich pay for the cost of the capital and resource intensive sewage and waste disposal technology, the poor pay for the cost of their disposal system, which is invariably unconnected to the sewerage system and hence low cost. But this is easier said then done.

The democratic framework in our countries would force political leaders to keep water and waste pricing affordable by large sections of urban populations. In this situation you will find that private investment looks for an easy way out. The answer is to invest in water services and to leave the costly business of cleaning up the waste to government agencies. In most parts of the developing world, the water industry is bidding and securing contracts primarily for the profitable water business. This will lead to a distortion in the prices, as profits will be creamed off, while costs will be left to the already strained public exchequer.

Secondly, the private sector will have little to offer to large numbers of urban poor. Most poor urban dwellers are illegal occupants -- living in slums and highly congested areas. The cost of reaching and maintaining services to these groups is expensive and there is uncertainty about recovery of dues. The risks are high. The profits low. In this situation, private investment is rarely available.

Thirdly, private sector with its mantra of full cost pricing does not even begin to have answers for the millions of people living in rural South. These communities already pay an enormous cost for water. In fact, here the community sector has an enormous amount to offer. Given the state-dominated water supply systems, little effort has been made to get rural communities to develop and manage their own water supply systems. But where done, it has shown outstanding results, including the willingness of rural communities to contribute substantially (labour in a big way and materials to a lesser extent) to the construction and maintenance of the water supply systems. This reduces the cost of water supply to the public exchequer and gives ownership to the stakeholders of the water supply projects. Community-based water management has the potential to become the world's biggest cooperative enterprise.

Rural communities need is financial support for creating conditions that lead to self-management of water sources. The answer is not full cost pricing but political decentralisation and empowerment.

It is this community-industry-government collaboration that we must build in urban areas as well. Public participation and political process that pushes for good governance in water management are the key prerequisites for change. Not another contractor.

Make money while the water lasts

Are PPPs here to stay

The Groundwater Up Project