Negotiations over the past four years have diluted the already weak Kyoto Protocol signed in 1997. The protocol requires industrialised countries to reduce emissions of heat trapping gases like carbon dioxide to about five per cent below 1990 levels. This target is to be achieved between 2008-12. At the latest round of discussions in November 2001, countries such as Japan, Canada and Australia managed to extract major compromises from the EU and developing countries. In its present form, the protocol fails to deter the industrialised countries from defaulting on their commitments. It does not take the bull by its horns. 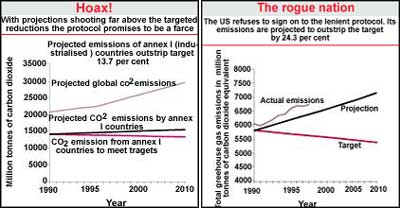 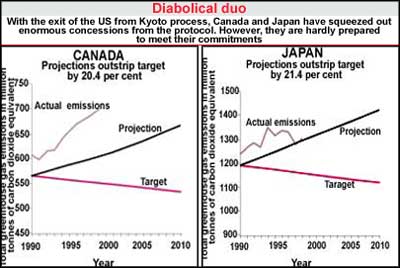