Report On Health Effects Of Endosulfan And Progress Of Rehabilitation Activities In Kerala" by Govt. of Kerala

Endosulfan, a highly toxic organochlorine pesticide was sprayed in the cashew plantations in Kasaragod District since 1978, till 2001 regularly three times every year. The aerial spraying of Endosulfan was undertaken to contain the menace of the tea mosquito bug.

As early as 1979, stunted growth and deformed limbs were noticed among new born calves. By 1990s health disorders of very serious nature among the human population came to the lime light. Children were found to be the worst affected with congenital anomalies, mental retardation, physicalde formities, cerebral palsy, epilepsy, hydrocephalus etc. Men and women were also affected with various chronic ailments, many irreversible and difficult to treat. From the mid of 1990’s, the community living near plantations had been complaining against the spraying of Endosulfan Enquiry Commissions.

Govt of Kerala and Govt. of India had appointed 11 various commissions to inquire about the issue.Various Non-Government Organizations also made some studies at their own level. Most of the studies revealed the hazards of Endosulfan use and its impact on the food, water and beverages. These enquiry reports in one way or other infer that pesticide Endosulfan is responsible for the horrendous mutations and ailments that many in the villages of Kasaragod district are suffering form From 2000 onwards committees of various departments, Non-Governmental Organizations, Indian Council of Medical Research and other agencies conducted visits to the area and submitted reports to the Government regarding this issue. 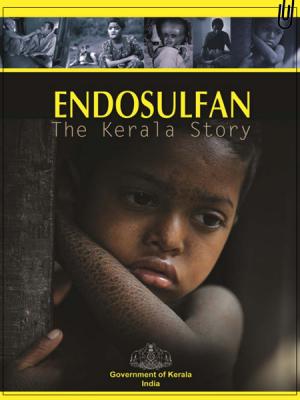