Aizawl, capital of Mizoram state, lies in east Himalayan region of India. It is the largest city of the state. Area under municipal council, which is 103.93 sq.km, has been chosen for the study. Aizawl Municipal Council (AMC) is further divided into 19 Wards.

The population of city under AMC, as per 2011 Census, is 293,416 persons. The density of city is 2,823 persons per sq.km which is very high when compared to state average of 52 persons per sq.km (UD&PA, 2014). Mizoram state has low density as most of the places are found to be uninhabitable. Aizawl has no visible slum pockets.

The topography of city is very undulating and the slopes vary between 30o and 45o . The altitude of the city varies at different points between 700 m and 1188 m above MSL (UD&PA, 2014a). 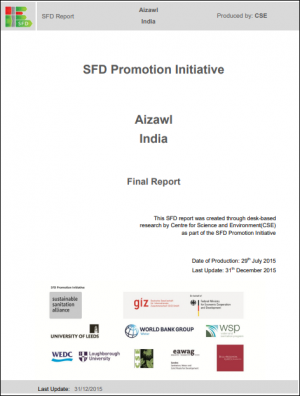