Solapur is situated on the south-eastern border of Maharashtra state adjoining Karnataka. It is 550 km away from Mumbai and 300 km away from Hyderabad. It is known for textile production such as bed sheets, blankets, towels, etc (WSSD, 2011). 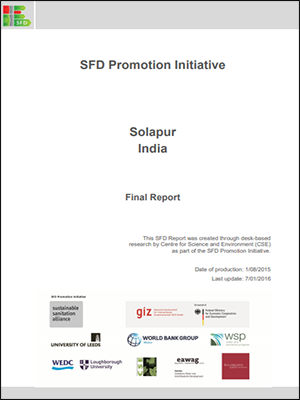