Under the ‘Support to towns for achieving open defecation status and for effective faecal sludge management (FSM)’ Water Programme, CSE has provided numerous support to city in the field of sanitation since 2016. On February 26, 2019 a Memorandum of Understanding (MoU) was signed between the two organisations, wherein CNPP seeked continued technical assistance from CSE, for implementing effective FSSM in Chunar.

The 3rd Swachh Bharat City Level Sanitation Force (SBCLTF) meeting which was convened in Chunaron February 26, 2019, in the presence of Hon. Chairperson and Executive Officer of Chunar. More than 90% of the SBCLTF members attended the meeting, including Ward Councilors, teachers, advocates, ULB officials, local NGOs, etc. The SBCLTF was apprised on the sanctioning of the Pilot FSSTP in Chunar by NMCG and the way forward for implementing & achieving effective FSSM in the city. 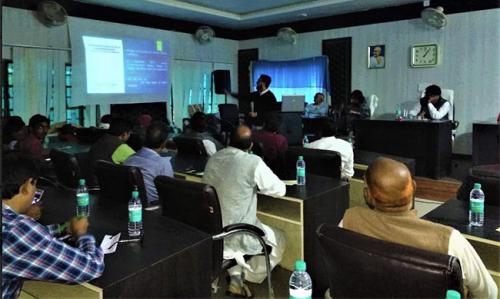 During the meeting, the city officials were also apprised about the ODF+ and ODF++ guidelines issued by the Ministry and the immediate action points needed to be taken by the city administration for effective citywide FSSM. 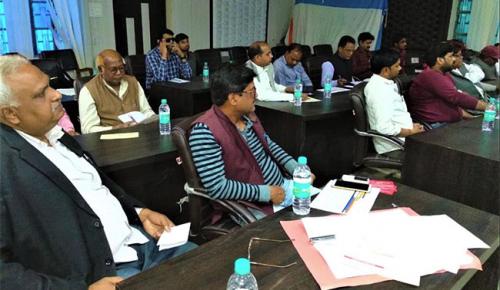 The Chairperson and Executive Officer lauded CSE's past efforts and commitment towards the programme and assured continued support, thus furthering the city's journey towards ODF++.

The meeting ended with a pledge taken by all present, committing themselves for a swachh Chunar, Swasth Chunar !!