FSSAI gives a go ahead 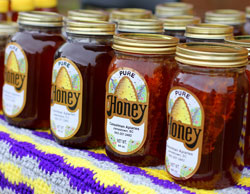 Following the CSE study, the Rajya Sabha – in the parliament's winter session in 2010 – raised the issue of antibiotics in honey. The then minister of state for agriculture, consumer affairs, food and public distribution, K V Thomas, in a written reply to the parliament acknowledged the fact that the European Union had banned the export of honey from India on account of positive detection of heavy metals and other contaminants.

The Food Safety and Standards Authority of India (FSSAI) was quick to react to the CSE study, but all it did was issue an advisory in September 2010. The advisory stated that no antibiotics and pesticide residues would be allowed in honey. It added that with regard to “antibiotics in honey, the safety standards in India are similar to the rules in the European Union, Codex Alimentarius and USA where they are completely prohibited”. The advisory also specified maximum limits for heavy metals in honey.

Around December 2010, the government directed the Bureau of Indian Standards (BIS) to analyze the CSE study. The 32-member technical committee of the BIS met on January 5, 2011 to revise the Indian Standard Specifications for extracted honey. The committee, after due deliberations and finally in December 2011, agreed that clause 5.4 of IS 4941:1994 ‘Extracted Honey – Specification (second revision)’ needs to be revisited and that no antibiotics should be tolerated in honey. The clause pertains to the absence of additives in honey; these additives include pesticides, antibiotics and heavy metals. The BIS, however, has not yet completed its work in this matter.

In August 2011, the FSSAI’s scientific panel for pesticides and antibiotic residues (in its third meeting) began discussing antibiotics in honey. Taking cognizance of the CSE report, the panel noted that there was enough evidence of antibiotics in honey and that there was a need for a well designed study, uniform risk assessment methods and a study on consumption patterns of honey by the vulnerable age groups.

In October 2011, the FSSAI scientific panel decided to follow the EU norms for antibiotic residues; for those antibiotics which were not included under the EU norms, such as ciprofloxacin, enrofloxacin and ampicillin, their LOQs (Limits of Quantification) were to be identified. It was decided to also set the limits for the other antibiotics that were being used in India in beekeeping. It was decided in principle that antibiotics in honey should not be used at any stage.

After a few more meetings in December 2011, the FSSAI scientific panel recommended a list of antibiotics with their LOQs determined by the LC/MS technique. This list included the antibiotics that CSE had tested for. The FSSAI, however, is yet to take a decision on the final standards.


See also: Why is there antibiotics in your honey? To know more book your copy of Food as Toxins