Tiruchirappalli, also known as Trichy, is one of the largest cities in Tamil Nadu and is known as an important trade, education and pilgrimage centre. The famous Sri Ranganatha Swamy temple is located in the city, which attracts lakhs of tourists every year (TCC, 2015).

Municipal boundary has been chosen for the current study. It comprises of an area of 159 sq.km (TCC, 2015). 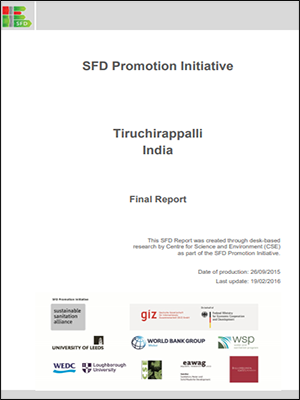