Katihar, the district headquarters of Katihar District, is located in the state of Bihar, India. Katihar district is situated in the plains of north eastern Bihar. The competitive advantage of Katihar lies in its good rail and road connectivity with the surrounding region and also other parts of the country (NIC, 2016).

The population of Katihar city is 240,838 with a population density of 9,437 persons per sq.km, which is quite high as compared to a population density of Bihar state i.e. 1,106 persons per sq.km (Census, 2011). During the postindependence period, commerce showed a phenomenal increase with the associated small scale industrial development, which resulted in the increase of city population. Katihar town covers an area of 33.46 sq.km and is divided into 45 wards. 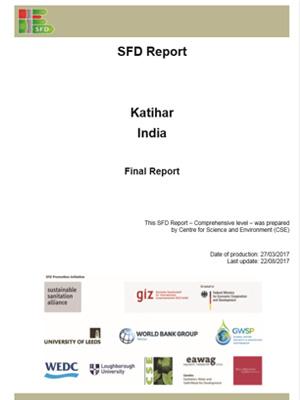