Bijnor city is located 12 km west to the bank of River Ganga and 460 km from Lucknow, the state capital of Uttar Pradesh. Bijnor is the district headquarter of Bijnor district. As per Census 2011, Bijnor has a population of 93,297 residing in 17,715 households. The urban local body governing the town is Bijnor Nagar Palika Parishad (BNPP) or (Bijnor Municipal Council). BNPP has an administrative area of 3.6 sq.km which is divided into 25 wards (BNPP, 2015). 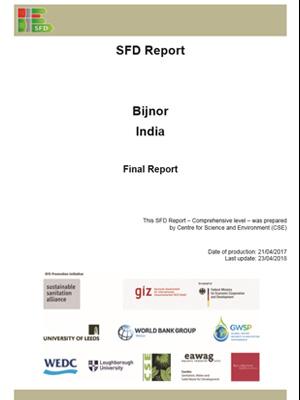