Kasaragod and Bhopal tackle their waste—differently

Kerala initiated Operation Blossom Spring on June 17. The operation to dispose the obsolete stock of endosulfan started at the Plantation Corporation of Kerala (PCK) godown at Periye in Kasaragod district.

The barrels of endosulfan were transferred to UN certified High Density Polyethylene (HDPE) barrels and samples were sent to Hindustan Insecticides Limited for analysis of the pesticides. Similar exercises were carried out at the PCKs Rajapuram and the Cheemeni estate. Once the analysis is completed, then a decision on the disposal of the pesticides will be taken.

In the godowns, some of the barrels were found empty, contents of some had become crystalized and some had leaked leaving a strong stench within and outside the godown. The residents close to the Periye and Cheemeni godown had complained of the stench last year. The taskforce, which initiated the clean up, was set up to allay the fears of the people. 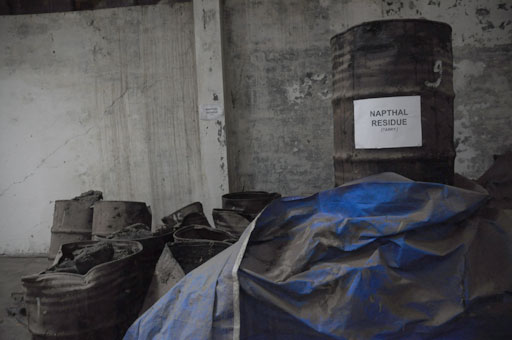 “The godowns reeked of endosulfan. It clearly had leaked. The soil, sacks, wood, saw dust and a few other things that were kept in the godown have been stored for decontamination and samples have been sent to HIL and the state pollution control board. We have done the first stage of safeguarding the site, the next step will be environment friendly disposal,” said Mohammed Asheel, taskforce convener of Operation Blossom Spring.

This was a rare incident when the detoxification of endosulfan was being done with complete transparency and participation of the public. The taskforce has made guidelines akin to international standards for the disposal of the obsolete stocks of endosulfan.

The initial plan of the operation was to go for crystallization of the pesticide but that couldn’t be done. Now, the samples have been collected and sent for analysis. The state government has also formed a monitoring committee to keep a tab on how the taskforce is carrying out the disposal of the obsolete stocks. C Jayakumar of Thanal, a non-profit working in the endosulfan affected areas in Kerala, is heading the monitoring committee.

To make the plan work, an amendment to hazardous waste rules is required. But there is an impasse: India is party to the Basel Convention—an international treaty that prohibits export or import of hazardous waste. The convention, however, can allow transportation of hazardous waste if the host country does not have the required technology. Therefore, GIZ says its proposal abides by the convention.

Gopal Krishna of Toxics Watch Alliance, network of environmental activists, is against the transboundary movement. “Legislation, both national and international, emphasize the need to deal with waste where it is generated.”

The Indian rules, meanwhile, have undergone four amendments in the past four years. “Each amendment has diluted the rules to legitimize hazardous waste trade,” Krishna adds. But the Ministry of Chemicals and Fertilizers says there is a need for the amendment, which will not be a long process and is not violative.

On June 8, a Group of Ministers, constituted to look into matters related to the industrial disaster and chaired by the home minister, approved a proposal moved by Germany’s development agency Deutsche GesellschaftfürInternationaleZusammenarbeit (GIZ) to incinerate the waste. The contract is yet to be finalized. J S Kamiyotra, member secretary, Central Pollution Control Board, says Madhya Pradesh is drawing up a work agreement.

While some activists believe the decision is a delayed step considering the waste has been lying at the factory for almost three decades and has caused extensive contamination, others say the waste should not be sent out of the country as it sets a precedent for hazardous waste trade. But authorities and GIZ say the waste lying in Bhopal is an emotional rather than a technical or legal issue. “All necessary precautions will be taken,” says Kamiyotra.

Assuring that the toxicity of the waste is not a big a threat, Hans H Dube, senior legal secretary, GIZ said the incinerators in Germany were well equipped. The methyl isocyanate gas from the 1984 leak is no longer in the soil. It has evaporated into the atmosphere, he explains. “This is both good and bad because it means the waste at present is not as dangerous as it could have been, but the tragedy is that it has released into the atmosphere.”

Meanwhile, the Indian government is commissioning the disposal and has agreed to pay for it. At present, the project is expected to cost Rs 25 to Rs 30 crore. India will also have to provide a bank guarantee and security deposit with a premium of about Rs 8 lakh to Rs 12 lakh. GIZ will only manage the project on behalf of the owner, the Madhya Pradesh government. But activists say Dow Chemicals, the owner of Union Carbide, should be held liable for the gas leak and pay for the disposal and not the Government of India. Since 2010, the Madhya Pradesh High Court has been hearing a petition regarding liability of Dow Chemicals.

The disposal process will take over a year to complete. It will have a four-phase approach: GIZ will survey and sample the waste for two months; will make a project plan and purchase required material in the next four months; airlift the waste within three months; and incinerate it. At a time 90 tonnes of waste can be airlifted, which will be transferred in UN-approved high density polyethylene drums to ensure safe packaging. “The packing cannot start before January because of extreme weather in Bhopal,” says Dube.