Other Attendees: The meeting was attended by 22 CSTF members and facilitated by the CSE team, led by Dr.Sumita Singhal.PM with support from the CSE-TSU team at Chunar.

The City Sanitation Task Force (CSTF) is a multi-stakeholder and multi-sectoral body supporting in achieving the wider aim of citywide inclusive sanitation. CSTF Chunar meets once in every quarter to discuss the progress on Sanitation in the city.This was the 9th meeting of the CSTF in Chunar.The CSTF members in the meeting actively participated in the review of the decision points taken in 8th CSTF meeting and discuss on the agenda points of the 9th meeting. 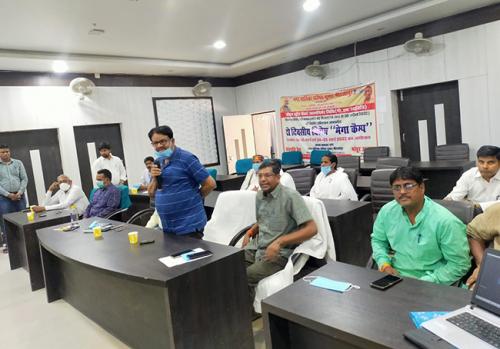